Ecuador Cotacachi in the Imbabura Province

In order to improve water security for local communities, Defensa y Conservación Ecológica de Intag (DECOIN) creates or purchases large reserves that can range from just a few hectares in size to thousands of hectares of cloud forest, which are then handed over to communities for sustainable management. Communities not only benefit from improved ownership of land and resources, but have also managed to benefit from improved water quality as a result of the better management of forest-hydrological reserves. Second, DECOIN manages forest restoration efforts in order to protect local biodiversity and ecosystems. To date, two native plant nurseries have been created and communities have planted over 50,000 trees. In addition to these nature-based solutions to water and ecological conservation, DECOIN promotes sustainable livelihood alternatives, aiming to support increased independence from mining activities, including ecotourism, shade-grown sustainable coffee, women-led handicraft production, and the creation of a fair trade shop. DECOIN also conducts environmental education and awareness programs and contributed to making the government of Cotacachi the first Ecological County in Latin America.

DECOIN, is a non-profit organisation comprised of and working for people living in the Intag-Cotacachi-Imbabura area of northwestern Ecuador. The region is remote and mountainous in the Tropical Andes and Tumbes-Chocó-Magdalena and is part of the Tropical Andes Hotspot that contains one-sixth of all plant life on the planet. DECOIN was established in 1995, largely as a response to the damage caused by encroaching copper mining interests on livelihoods and local Andean biodiversity. They work to oppose mining interests in the area, create forest reserves, and maintain community-managed water reserves for the benefit of local communities.

Although not linked to climate change impacts directly, DECOIN has reported that the improved protection of watersheds at high altitudes prevented flooding at lower altitudes as well as landslides.

Communities reported a notable improvement in water quality due to the creation of watershed reserves. Ecotourism has reportedly provided local economic benefits and provided capacity building opportunities for women and youth.

DECOIN is governed as a grassroots organisation with a predominantly horizontal structure and has avoided further formalization to keep it this way. 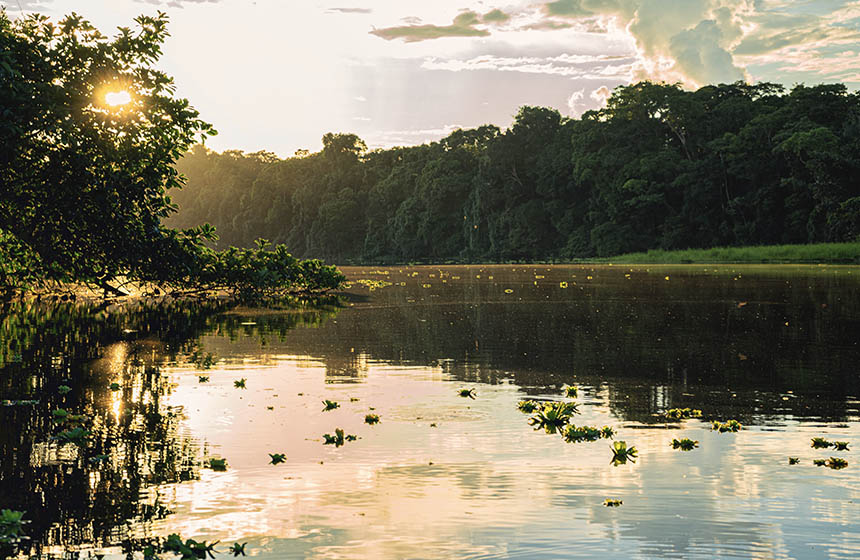