The Potato Park in Peru is managed by a collective of indigenous communities who employ traditional knowledge and management methods to restore agrobiodiversity, particularly of potatoes, adapt agricultural systems to climate change, and strengthen cultural identity and sovereignty in the area.

Established in 2002, the Potato Park, located in the Cusco region in the Pisac district of Peru, aims to protect agrobiodiversity, particularly of potatoes. The Potato Park spans over 9,000 hectares in a mountainous area in the Andes. The Potato Park works with six local indigenous Quechua communities and aims to expand this partnership to a further 23 communities. Management of the area is governed by participating communities who hold a collective land title and have enacted an inter-community benefit-sharing agreement based on customary laws. Principally, the Potato Park aims to protect the diversity of native potato varieties as well as other Andean crops. Depending on which type of classification system is used, the area boasts 650 potato varieties, or 1,200 according to traditional classifications. Concretely, measures implemented included the diversification of crop planting with some farmers planting as many as 200 potato varieties. Additionally, working with the International Potato Centre, 410 locally adapted potato varieties, samples of which had been collected from the area in the 1960s and 1970s, were reintroduced further supporting the diversification and protection of agricultural resources. Furthermore, other biocultural innovations were documented in the Potato Park including the increased use of natural fertilisers and pesticides and shifting the range of cultivation to adapt to changing microclimates.

Efforts to safeguard and enhance food systems and native agrobiodiversity is rooted in indigenous biocultural heritage, traditional knowledge, and community-led and rights-based methods of management. The communal management structure of the Potato Park allows for collaborative learning through experimentation that can help communities effectively adapt local ecosystems to a changing climate.

Increases in genetic diversity and the number of resilient potato varieties in the Potato Park have reportedly reduced the risk of crop failure from frost, drought and disease. The use of climate-resilient potato varieties found to be resistant to particular climatic stressors as well as the improved mobility of potato cultivation (allowing for adaptation to changes in local microclimates) are reported to have contributed to greater resilience of local agricultural systems.

Potato yields have reportedly increased slightly since 2002 despite documented severe climate change impacts. The share of households that reported being self-sufficient in basic foods in 2012 was found to be high and had remained stable since 2003. Average household income is reported to have almost doubled between 2003 and 2012, and income exceeded expenditure for the first time in 2012. Ecotourism has facilitated the diversification of local incomes and revenues from ecotourism are currently reported to make up the largest source of income for the local economy. Health benefits from increased consumption of more nutritious foods have been reported. Expert respondents working with the project reported that competition for resources has been replaced by collaborative management.

The potato park is governed by Indigenous communities rather than governments or international organizations. They use collective governance through a communal land title registered as the Association of Communities of the Potato Park.

This project has received funding an support from Oxfam-Novib, The Ford Foundation, the Christensen Fund, the
United Nations University and IIED.

The park took 5 to 10 years to begin materializing benefits for the local community, which shows limitations in the speed of uptake for projects of this nature. 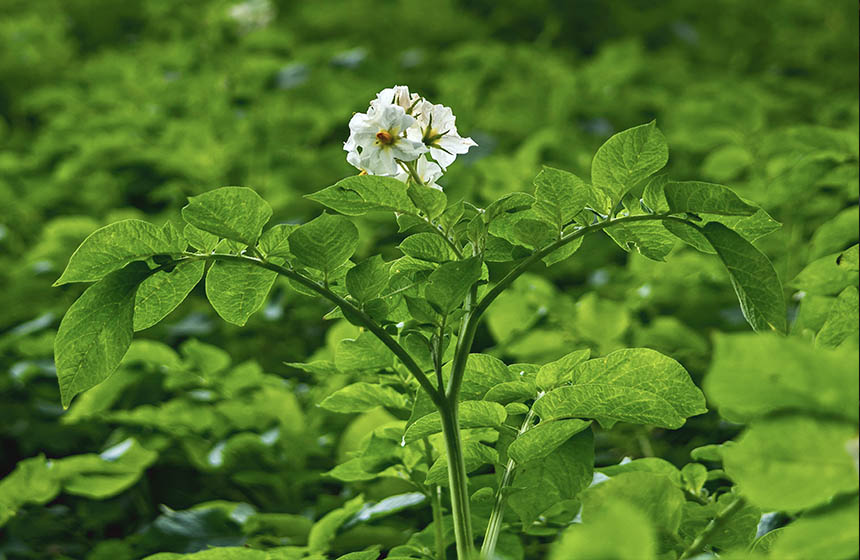