Ghana Talensi district in the drylands of Eastern Ghana

To increase soil fertility and counter land and resource degradation, communities in Talensi are engaging in Farmer Managed Natural Regeneration (FMNR), a practice that restores and generates trees from formerly cut or burned down stumps. This practice allows for faster regrowth than sapling planting and the resulting leaf litter helps improve soil quality. Farmers are using FMNR on their agricultural land and pastoral fields as well as in shared community managed forests. In addition to this main intervention, farmers have also adopted bulk composting, field mulching, and ox ploughing to aid in soil quality regeneration. Fruit tree and honey production have also been embraced as a way of diversifying income sources. The project is committed to farmer management of implemented techniques and community engagement in the collective management of the landscape through signed agreements, the establishment of community by-laws, and volunteer fire brigades to manage bushfires.

Although not quantified, the new practices reportedly contribute to reducing carbon emissions from unsustainable land use.

By 2017, 64% of farmers reported an increase in soil fertility and nearly all farmers were actively managing the quality of their soil. Restored soil and trees have likely helped boost water retention in the area, reducing vulnerability to irregular rainfall patterns, a challenge expected to increase due to climate change. Community members have reported that restored land and tree cover have helped protect topsoils and decrease bushfires. As a result, communities have reported a decline in the severity and overall number of shocks to agricultural production. Households experiencing crop failure had reportedly dropped from 49.8% in 2009 to 38.4% in 2017.


FMNR has reportedly led to the restoration of 718 hectares of degraded land in Talensi, containing hundreds of thousands of trees, two-thirds of which are indigenous. Monitoring has found that indigenous tree density has increased from 10 trees per hectare to 2,343. The communities reported directly planting 23,000 fruit trees which have served to supplement farmer and community income.

Indicators for hunger have decreased in the region, with Talensi households reporting more than one hungry month per year dropping from 87% in 2009 to 63% in 2017. No households reported ‘severe hunger’ in 2017 compared to 6% in 2009. Community respondents have also reported a greater diversity of income sources, participation in community savings groups, and access to credit.

The project is governed collectively by the participating households within the local community.

This project was funded by World Vision Ghana and World Vision Australia as part of their larger Farmer Managed Natural Regeneration (FMNR) Project.

The project generated a baseline report, and subsequently produces annual reports on the status of the programme. This paired with monitoring data help with tracking community and environmental progress. 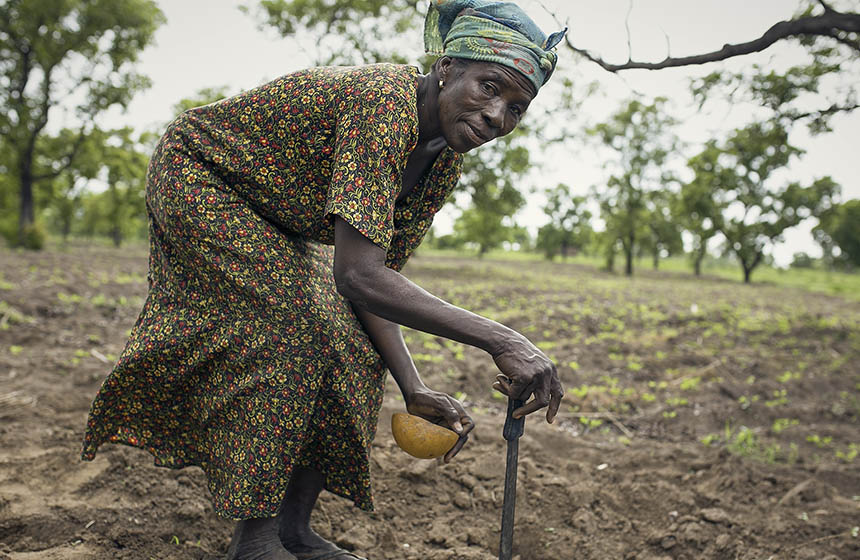