Nature-based Intervention:
Silvo-arable agroforestry is the practice of growing trees amongst crops on a farm. Wakelyns Farm in particular, has planted fruit, nut, willow coppice, and timber trees in 56 rows with arable or horticulture crops in the 10 to 15 meters between them. The trees provide wind shelter for the crops down below, roots and leaf litter to build up soil fertility, and habitats for pollinators, pest predators, and wildlife. Furthermore, the efforts to increase tree cover combined with the improved management of older trees through pollarding, a process by which the top and branches of a tree are pruned to encourage new growth, aim to increase the carbon sequestration potential of the farm’s area. Leguminous ground cover crops such as clover also help build up soil fertility. The farm emphasises resilience through the use of local and on-site resources as opposed to external inputs. In the case of Wakelyn’s farm, this means deriving energy from solar panels and a woodchip boiler.

Overview of context and outcomes:
In an otherwise primarily monocropped agricultural landscape, the owners of the 22.5 hectare Wakelyns Farm have embraced silvo-arable agroforestry to boost agrobiodiversity and resilience to pests, diseases and other stresses. The farm’s agroforestry practices have provided a mix of habitats for a wide range of wildlife including 43 bird species. For two decades, the farm has been the focus of research into organic production and agroforestry.

The farm relies on energy from solar panels and a woodchip boiler, reportedly reducing reliance on fossil fuel inputs. Although not quantified, the extensive tree planting within the farm’s agroforestry system combined with improved management of older trees through pollarding was implemented with the goal of improving the carbon sequestration potential of the area.


Silvo-arable agroforestry is reported to create and support a wide variety of habitats for wildlife. 43 separate bird species have been spotted on the farm including woodland birds such as bullfinches, blackcaps, and greater spotted woodpeckers.

The farm hosts a range of educational and recreational activities including demonstrations, site visits, a bakery, accommodation for visitors, and arts and crafts micro-businesses using willow and hazel coppice. The farm owners report that these activities not only diversify their income but also serve to educate and inform local communities and other visitors about agroforestry and other rural activities.

The farm operates as a business with the owners making core decisions regarding land management choices.

Financing for this project is generated by the outputs of the farm alongside diversified income streams such as the bakery and accommodation for visitors.

The RSPB has conducted surveys for farmland birds on the site as well as continuous scientific studies looking into organic agriculture and agroforestry being conducted on the premise.

The farm faces limitations in the scope in which they can implement their nature-based interventions as they have pre-defined land area. 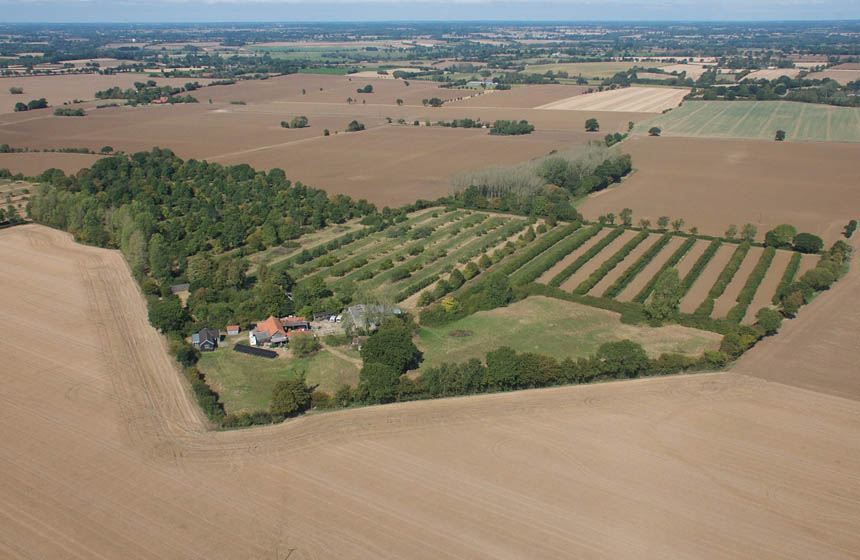