Farmers in the Chiquimula province of Guatemala engaged in participatory planning and dissemination of a traditional agroforestry method called kuxur rum. Kuxur rum uses a native tree planted throughout agricultural plots to protect and improve the quality of soils yielding a more resilient agricultural system.

The Food and Agriculture Organization (FAO) worked with the Guatemalan Ministry of Agriculture to implement a food security program in Chiquimula province. The main intervention required the implementation of a traditional agroforestry system called kuxur rum, which relies on the dispersed planting of the native Gliricidia sepium throughout agricultural plots. This practice helps protect soil and crops from the potentially erosive effect of rain and preserve soil moisture in the dry season. Furthermore, the shade provided by the trees reduces evapotranspiration while leaf litter naturally adds organic matter to the soil below. Kuxur rum is a traditional practice that allows farmers to take advantage of local natural resources and reduce dependence on foreign inputs. The planning, adoption, and promotion of the practice was disseminated through participatory farmer field schools.

Guatemala experiences high levels of food insecurity and malnutrition partly as a result of hazards to agricultural production including droughts, erosion, wildfires, landslides caused by extreme weather events, and lack of seeds and planting material.

It is reported that kuxur rum is likely to mitigate greenhouse gas emissions by accumulating biomass and carbon stocks and reducing the need to burn organic matter for agriculture.

As a result of the intervention, fewer crop losses related to extended drought periods and other climate-related hazards were reported. Communities reported an increase of 50% in corn yields and 9% in bean yields. The number of months with reported extra reserves of grain increased from 5.4 to 7.9 months for beans and 2.6 to 6.7 months for corn. Communities also reported increased water flow in lower parts of the basin likely improving their adaptive capacity.


The kuxur rum practices have been reported to yield positive impacts on ecosystems by preventing deforestation, increasing biodiversity, protecting water resources, and reducing erosion. The planting of native trees on agricultural land has reportedly decreased pressure on forests due to the increased on-farm availability of firewood.

Kuxur rum has reportedly reduced several health risks facing the community including the exposure to pollution from agrochemicals and respiratory issues related to burning methods. Farmers have also reported financial savings through the increased on-farm availability of wood.

The implementation of the project is cogoverned by the Food and Agriculture Organization and the Guatemalan Ministry of Agriculture.

This project received additional funding through the Spanish Agency for International Development Cooperation.

Monitoring and reporting of the area took place with farmer field schools being the main location for information dissemination. 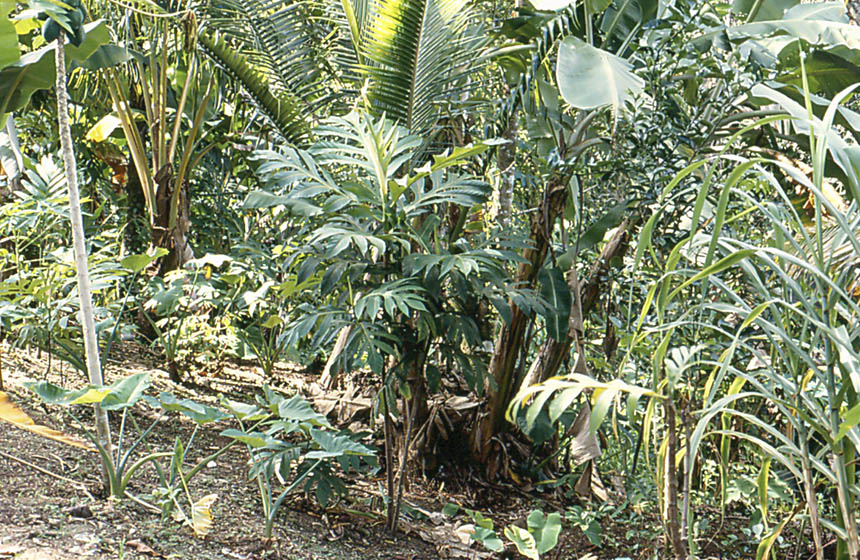