Managed realignment is the practice of building a structural sea defence inland from the coast and allowing the exposure of an intertidal area between the defence and the ocean. The Medmerry project constructed seven kilometres of flood bank inland, creating 184 hectares of saltmarsh and mudflat habitat and 263 hectares of other priority habitats. The flood bank itself was built using several hundreds of thousands of cubic metres of clay extracted from the site which also led to the formation of freshwater ponds and reedbeds that have attracted wildlife back to the area. In partnership with local farmers, the saltmarsh is grazed by sheep and cattle at low density and cereals and special wild bird seed mixes are grown on land surrounding the habitat to attract and benefit wildlife. A system of collective ditch management has also created adjacent freshwater habitats for water voles, amphibians, and dragonflies, likely countering the area’s recent biodiversity losses. The project has also provided a water treatment facility and a road serving 5,000 residents.

Many parts of England’s coastlines are facing a loss of intertidal habitats to sea level rise and coastal erosion. Intertidal habitats such as salt marshes, mudflats, sand dunes, and shingle provide important coastal protection from strong waves, high tides, erosion, and storm surges. They also serve as habitat for important wildlife species like wetland and shore-birds. Thus, built on years of research, the Medmerry project is practicing managed realignment to help restore the lost and weakened intertidal habitat that is crucial to the well-being of both humans and wildlife. Medmerry is one of the largest managed realignment projects on the open coast of Europe and serves an older, lower income population that frequently faces pressures from coastal inundation. Today, the project is taught in school curriculum nation-wide and has received over 16 major national and international awards.

The intertidal habitat is predicted to provide protection from coastal pressures such as erosion, sea level rise, and storm surges. Thus far, the project has been estimated to provide flood protection to 348 properties, many of which belong to older and low-income people (2). The annual risk of flooding was reportedly reduced from 100% to 0.1% and is predicted to save an estimated 78 million GBP over the coming 100 years (2).


Intertidal habitat restoration combined with additional efforts to attract wildlife, including agricultural practices that protect nature such as low density grazing, have led to an observed increase in the size and number of bird populations in the area, as reported by the Royal Society for the Protection of Birds (RSPB) (3). This has created key positive increases in the ecosystem health metrics of habitat quality and species diversity. Due to these efforts shoveler, shelduck, teal, avocet, lapwing, and oystercatcher populations were observed to have significantly grown in size by 2019 (2).

The estimated benefits to local communities is now estimated at a value of up to 90 million GBP (2). A large proportion of the economic gain is the improved level of flood defence as compared to the shingle bank that formerly served as coastal protection and was associated with a 300,000 GBP annual maintenance cost and breached almost annually. The Medmerry project also provides an accessible recreation site with a large network of footpaths, cycle paths, and car parks providing well-being benefits to the local community as well as attracting green tourism (3).

The UK Environment Agency worked in collaboration with the RSPB to establish the Medmerry site as a mechanism of both coastal infrastructure and biodiversity importance. While the Environment Agency has transferred site management to the RSPB (4), the Medmerry Stakeholder Advisory Group (MStAG) was created in 2009 to allow for local community participation in the governance process (5).

The main sources of finance in this scheme mirror the governance structures with the UK Environment Agency and the RSPB being central to the financing of the project. The environment agency is supported by the government of the UK through the Department for Environment, Food & Rural Affairs which supports the medmerry project. Early strategic land purchases which made the project possible were financed by the Sussex Ornithological Society and the Peacock Trust (3).

The RSPB partakes in monitoring of species populations at the site. Monitoring of Birds, mammals, amphibians, insects, and reptiles are all undertaken by the RSPB. The RSPB also works in collaboration with the Inshore Fisheries & Conservation Authority to monitor local fish stocks (3). This is a combined effort by the RSPB to monitor the ecological progression of the site since its restoration.

In the face of rising sea levels further research is needed to evaluate the continued effectiveness of managed realignment projects in relation to storm defense which is a core objective of the Medmerry project (5). 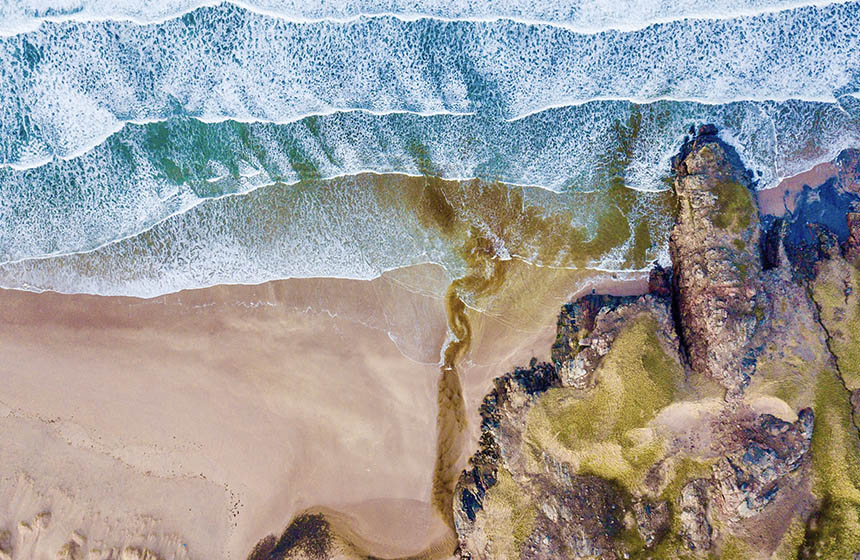