Advocating for land rights and eco-agriculture by Women and Earth

Tajikistan Rural regions throughout the country

Zan va Zamin advocates for the land rights of landless and women farmers and promotes agrobiodiversity through the reintroduction and teaching of traditional eco-agriculture methods.

Zan va Zamin, or Women and Earth, is an advocacy organisation that works primarily to provide land tenure to landless farmers and landless women in particular who have historically been excluded from holding land tenure. Simultaneously, the group works alongside farmers to increase local agrobiodiversity through diversified farming methods and more responsible resource management. The state of agrobiodiversity in Tajikistan has suffered as a result of state-planned industrialised agriculture that favored mono-cropping, particularly of cotton. Zan va Zamin continues to report successful reductions in the total area under industrial cotton production and increases in the cultivation of orchards of traditional fruit varieties such as apple, pear, grape, apricot, and peach. In communication with holders of traditional knowledge, eco-agriculture practices have been reintroduced and passed on, mainly through the work of twelve field schools established by Zan va Zamin.

The change from production of a non-edible, mainly exported crop to an edible one aims to increase food security and incomes in the region. The work is consistently underpinned by a commitment to bring forth and preserve the traditional agricultural knowledge that had evolved over generations to respond to the extreme climate of the region.

The introduction of diverse crops has improved various agrobiodiversity measures and farm productivity, likely supporting greater food security. The reintroduction of traditional grains and fruits that have been adapted over generations to withstand the region’s demanding climate have likely further served to increase food security. As the region faces increased risk of floods and mudslides, as well as increased food security, seed banks, and surplus food stocks will likely contribute to strengthening communities’ abilities to respond to climate shocks.


Shifting away from cotton production as well as chemical pesticides and fertilizers has reportedly reduced the pace of land degradation. Traditional fruit varieties that were previously at risk of being lost are now considered better protected both through their increased use in agriculture as well as maintenance in communal nurseries, gardens, orchards, and seed banks.

Income and food security are reported to have improved through diversified agricultural output and income streams with less reliance on a singular market for cotton. Zan va Zamin has reported that these higher incomes have led to improvements in community well-being, with families investing more readily in local infrastructure, household healthcare needs, clothing, school fees and textbooks. This reinvestment in community well-being is mainly being driven by the women who benefit from this project.

Zan va Zamin is a women’s advocacy organization which works with farmers to promote their own self-governance. 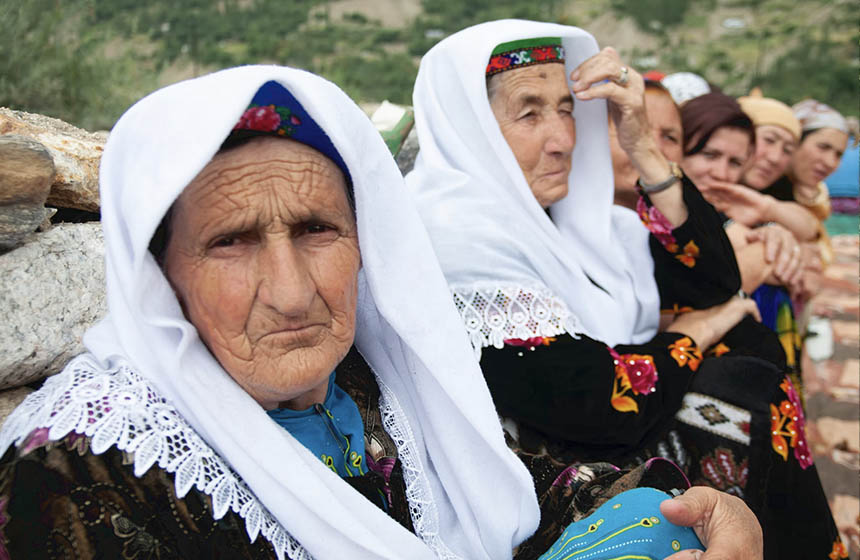