The Association Zoramb Naagtaaba (AZN) was formed by community members from 10 neighbouring villages to restore degraded land and address water scarcity issues through the use of traditional agricultural techniques and other practices tested on demonstration plots.

Association Zoramb Naagtaaba (AZN) promotes the restoration of degraded land through the reintroduction of traditional agricultural practices. Demonstration plots are used to test various seed and crop varieties and allow farmers to learn first-hand about hedge and pond construction and other agricultural techniques to improve productivity. Tree planting works to improve soil fertility and reduce run-off while hedgerows help recover storm water, protect crops from wind damage, and serve as a mechanism for keeping livestock out of production areas. A 15-meter firewall is cleared of vegetation yearly to protect the hedgerows from bushfires. A pond area has also been created to further decrease water run-off. Trees were planted around the pond to slow evaporation. Zaï, a traditional cultivation technique to conserve water and soil, has been expanded on the cultivation area. Zaï requires the digging of 15-centimetre deep holes with seeds and compost placed inside and a ridge of soil built up around the perimeter of the hole during the dry season. During the wet season, the holes fill with water and the ridges prevent the organic matter from washing away. Rotational grazing of livestock has been introduced to reduce damage caused by wandering livestock.

Farmers in the Mossi Plateau working in hedgerow perimeter farms have reported being able to produce enough staple crops to supply their families with food year round. Agricultural production surpluses have reportedly created additional income streams for local communities.

The Association Zoramb Naagtaaba is governed by community members from the 10 regional villages working collaboratively to manage the interventions.

The project has recieved funding from the NGO Terre Verte, the UNDP, the NGO SOS Enfant, Fondation Terra Symbiosis and multiple others. 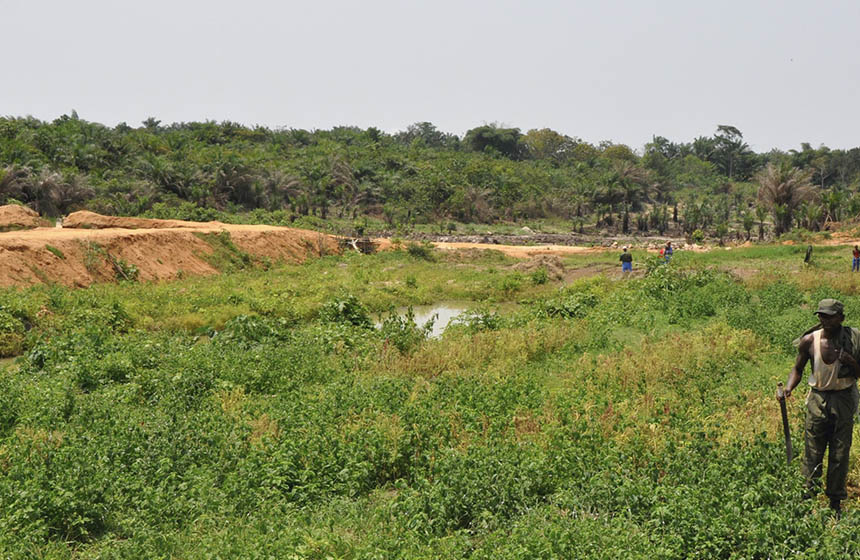