Sand dams have been constructed along sandy rivers to improve the water retention capacity and quality of the landscape’s soil. Combined with more sustainable farming techniques, communities are reporting greater agricultural productivity and water security.

Local Communities are building and employing sand dams, a low-cost technique to harvest rainwater. More specifically, sand dams are reinforced stone masonry walls built along rivers to accumulate sand which is later washed down during the rainy season to protect water sources from contamination and evaporation. These sand dams require very minimal maintenance and can last for 60 years or more. Water collected behind sand dams raises the water table in the surrounding area improving soil quality and nourishing crops and grazing lands. This improved soil quality in turn enables the planting of trees with a higher survival rate which sets in motion a symbiotic cycle of increased water retention capacity and soil quality improvement. The construction of sand dams was complemented by the increased uptake of sustainable farming methods including the introduction of drought-tolerant seeds, land terracing to prevent soil run-off, and the use of tree nurseries.

Climate change induced changes in rainfall have resulted in prolonged periods of drought that lead to the loss of grasses, trees, topsoil and reductions in the land’s ability to retain water. These disturbances threaten both the water security and agricultural productivity of communities in the area.

No mitigation benefits were reported or quantified as the main goal of the intervention was to increase adaptive capacity of the landscape and communities in the face of climate change induced drought and rainfall changes. However, as many trees were planted, it is probable that the carbon sequestration capacity of the area was enhanced.

Implemented tree planting and soil protection measures are likely to reduce vulnerability to climate change through resulting increases in water security and reductions in land degradation.


The project has reported a 263% increase in households planting trees, rising from 432 to 1,548 households during the course of the project. The majority of trees planted are native including mango, citrus, and acacia varieties. Anecdotal evidence suggests improved biodiversity evidenced by the increased presence of flora and fauna like butterflies and birds.

The percentage of households in the affected communities reporting using at least one food saving strategy such as meal-skipping or reduced portion sizes dropped from 100% to 11% by the end of the project. Over the course of ten years, the number of households documented as living below the poverty line fell by 74%. The time communities report spending for water collection has dropped from 5-6 hours to about an hour. This improvement is likely to disproportionately benefit women who can now participate more in education and income-generating activities.

The project received long term NGO support to help establish the program and monitor the success of the implemented sand dams. 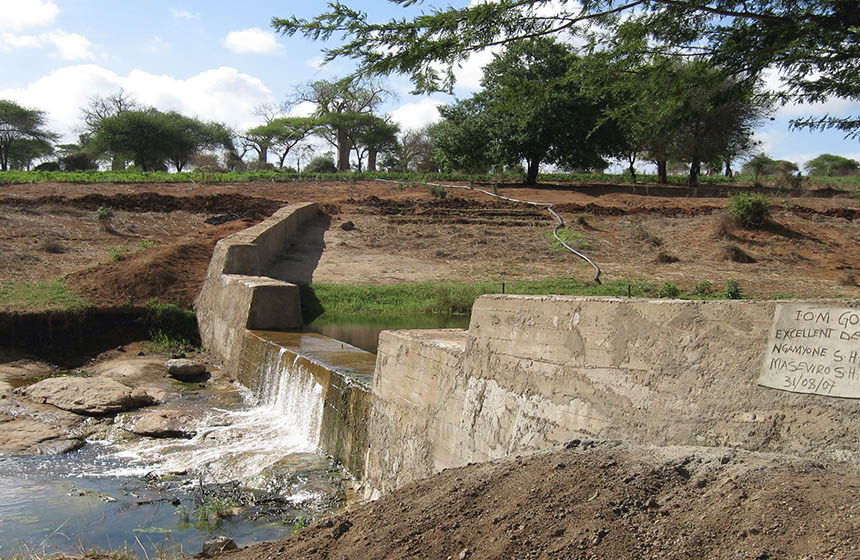