Reversing desertification and land degradation in the community of Abrha Weatsbha

In response to the threats of desertification and land degradation, the community of Abrha Weatsbha carried out land rehabilitation and reclamation efforts through reforestation, water management, the establishment of temporary areas closed to grazing in order to allow for regeneration, composting to improve soil fertility, and agroforestry.

As part of this initiative, over 224,000 hectares of forest have been reforested and brought under more sustainable management in order to improve soil quality, increase crop yields, improve biomass production and groundwater functioning, and prevent damaging flooding impacts. The organization has constructed small dams, created water catchment ponds, and built trenches and wells to restore groundwater functioning and to increase access to potable water. In addition to improved water management, the community has also changed its agricultural practices and crop selections to better matched the needs and potential of the water-scarce area.

The Abrha Weatsbha community faced rapid desertification and intense water scarcity before the implementation of the intervention.

Tree planting activities are reported to have reduced the chances of flooding in the area. Resilience to droughts is reported to have increased due to groundwater recharge from restored soil quality. According to the project report, erosion has been reduced, water infiltration has increased, and springs and streams have been fortified. Efforts to improve food security and diversify the base of agricultural products have reportedly created less dependence on a single or small number of crops, thereby strengthening income certainty for local farmers who regularly confront extended droughts.


Vegetation cover was reported to have quickly returned. While the ecosystem health outcomes of this improved vegetation cover have not been measured, it is likely to have enhanced the diversity of species present.

According to the project report, the initiative has successfully tackled the issue of water security, reportedly having recharged groundwater sources, making more water available for drinking and crop irrigation. Improved access to water also means that women and girls are reportedly able to engage more in activities such as education. Crop productivity and, in turn, food security have increased due to irrigation, the propagation of high-value fruit trees, and the supplementary activities such as apiculture. The area now reportedly produces a surplus and incomes from the sale of vegetables and spices have nearly tripled.

The project has received financial support from the UNDP, Mekelle University, and various government entities.

A community-based management system has been implemented in order to regulate monitoring of the restoration. 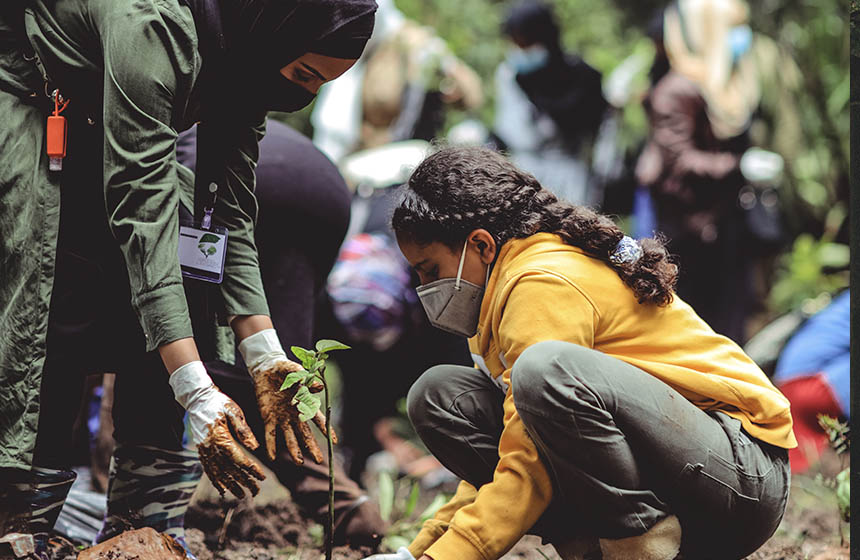