Sustainable agriculture for the restoration of land degraded by sand mining

Sustainable land management and livelihood activities were employed with the aim of restoring land degraded by sand mining.

The Integrated Development in Focus program in Ghana, initiated in 2009, tackles land degradation caused primarily by sand mining with its land restoration and sustainable livelihoods program. It does this by supporting reforestation, composting with locally available resources including house and farm waste or manure, organic agriculture, agroforestry, and conservation agriculture. The program involves provisioning composting kits and more efficient cooking stoves, setting up tree nurseries, providing alternative crop species, and introducing concepts such as intercropping, the use of local crop varieties, maintenance of a community garden, and the rearing of small livestock. The main beneficiaries of the program are local women farmers, who are trained and subsequently commit to educating ten additional farmers each in sustainable farming techniques, ensuring the continuity of the program.

Although not quantified, the trees planted and agroforestry practices implemented are reported to contribute to carbon sequestration in the area. Furthermore, the increase in agricultural productivity in proximity to urban and peri-urban areas has been found to reduce the carbon emissions associated with food transport and refrigeration. Moreover, it is likely that the introduction of fuel-efficient stoves and suppression of bushfires will contribute to reducing greenhouse gas emissions.

The diversification of farm outputs have reportedly rendered people more resilient to environmental shocks. The use of local crop varieties and drought-resistant species have been found to provide a buffer against climate change, as do soils with higher organic matter content, which tend to be more drought-resistant than conventionally managed soils. According to a project report, the program has reportedly resulted in increased water and food security outcomes as a result of project activities leading to increased agricultural yields.


More than 3 millions trees have been planted and 350 hectares of land restored, reportedly resulting in the return of a greater number of soil micro-organisms and attracting wildlife such as lizards, snakes, insects and birds. The intervention has also reportedly helped to protect the water quality in the watershed that feeds the Densu Delta, which is known to provide critical ecosystem services and support more than 50 species of shore birds, 15 species of fish, various crustaceans and mollusks, as well as 3 species of marine turtles.

According to a project report, the intervention has reportedly resulted in more diversified and higher incomes for women farmers, who have now reported being able to afford education and healthcare for their children. The program also provides training and capacity building opportunities in sustainable agriculture techniques such as agroforestry and compost-making, as well as educational courses in marketing, budgeting, and basic health education including hygiene and the prevention of communicable diseases. Women in the communities have reportedly been empowered through skills and more diverse income sources, and have gained a greater voice and social standing as a result. 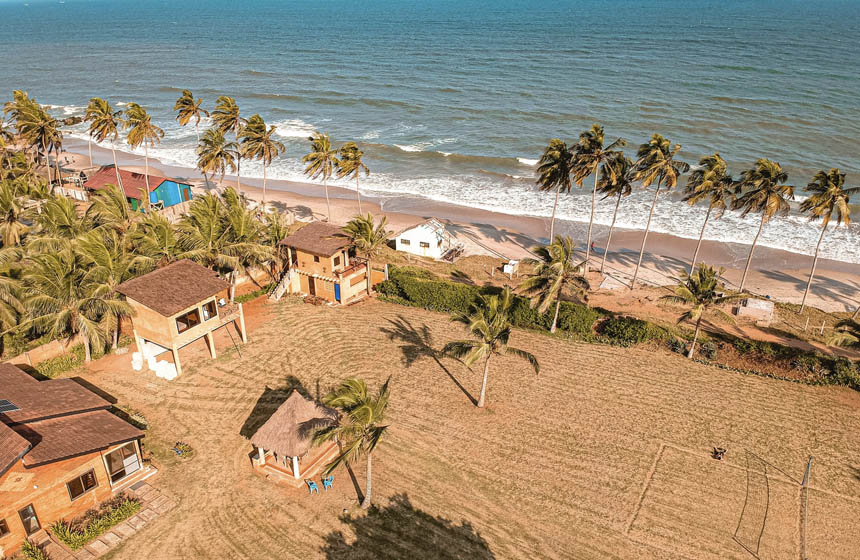