United States This project takes place on the east coast of O‘ahu in the Hawaiian islands.

Through a combination of wetland restoration and traditional Hawaiian agricultural practices the Nature conservancy worked to restore the He‘eia wetlands.

This intervention focused on the restoration of 405 acres of wetland and the implementation of traditional Hawaiian agricultural practices in surrounding areas. The goal was to restore the natural ecosystem functions of the wetland where 8 streams intersected with the largest bay of the main Hawaiian islands. The intervention focuses on limiting sediment and nutrient run-off while also minimizing local flood risk. This included the removal of invasive red mangroves (Rhizophora mangle) which had lead to increased sedimentation at the mouth of the streams. The removals and restorations were executed with the assistance of over 1,000 volunteers from the local community.

This wetland is highly important to the local community and its restoration was able to support cultural practices as provide food and clean water for the community. This is part of a wider decades long effort to protect this important site. It is located next to the 88-acre ancient He‘eia fishpond which receives protection from the wetland and has been supported through this project.

This wetland restoration works to minimize the impacts of coastal flooding which jeopardizes important cultural and historic structures. The restored landscape reportedly is better able to handle the increased water flows due to rising sea levels linked to climate change.


The interventions removal of invasive species and restoration efforts have supported the improvement of habitat quality for local estuarian species. The project has also reduced the amount of sediment and nutrient run-off that occurs in the bay which is reportedly helping coral reefs which had been degraded in recent years due to the outflows of the streams.

This project has worked to empower local indigenous groups and has relied heavily on traditional and ecological knowledge in the restoration. The intervention works to protecte the culturally significant He‘eia fishponds and support the livelihoods for local fishermen who depend on the bay.

This project is co-managed by the Nature Conservancy and the community-based nonprofit Kako‘o ‘Ōiwi. Together they work to manage a diverse group of local stakeholders surrounding the wetlands.

This project was funded by the National Coastal Resilience Fund which administers US National Oceanic and Atmospheric Administration funding through the National Fish and Wildlife Foundation.

This project has implemented robust monitoring through a Before-After-Control-Impact (BACI) monitoring framework. This allows for direct comparisons of the effects of interventions at the study site to evaluated the effectiveness of them in practice.

The project required significant collaboration, as the streams still had to support local agricultural practices. This meant there were limitations on the scope that the restoration project could have. 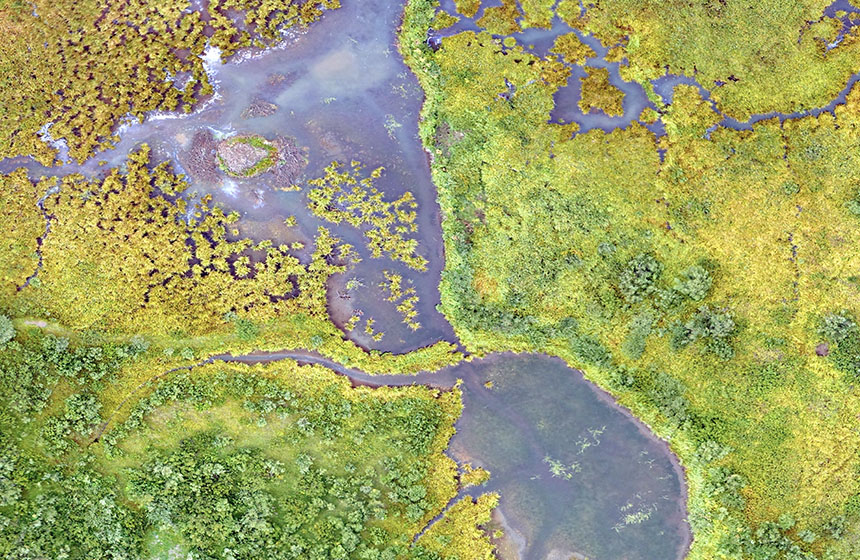