In the face of devastating fish stock collapse and loss of coral reefs due in part to destructive fishing techniques such as reef bombing, the village of Pemuteran on the Indonesian island of Bali has engaged in a combination of approaches which have reportedly resulted in positive ecological and socioeconomic outcomes. Firstly, the foundation has overseen the installation of 70 ‘Biorock’ technology artificial reefs, consisting of steel-frame structures through which a low voltage electric current is passed, attracting calcium carbonate buildup and becoming an effective substrate for the establishment and rapid growth of coral. Biorock corals have been shown to grow three to five times more quickly than natural coral, and are also more resilient to the effects of temperature fluctuations, with coral survival rates between 16-50 times higher. Secondly, the foundation, working closely with the national enforcement agencies to ensure compliance, has supported the reintroduction and enforcement of locally-managed Marine Protected Areas (MPAs) which strictly forbid unsustainable fishing practices. Lastly, other activities organized by the foundation have contributed to the regeneration of the coral reefs and fish stocks, such as the planting of vetiver grass on shorelines to reduce erosion and excessive run-off, as well as waste and sewage management. According to project reports, the 70 structures span two hectares, reportedly making this the largest coral reef nursery restoration project globally.

The Biorock coral reefs have reportedly been shown to absorb wave energy, reducing beach erosion and the risk of disaster impacts. According to a project report by the Equator Initiative, Biorock was found to be more effective than sea walls at reducing beach erosion, since waves deposit sand on the shoreline, building up the beach instead of eroding it.


According to project reports, local coral reefs have been restored and fish populations have been replenished. The abundance and diversity of marine species around the reefs has reportedly grown substantially, including populations of dugongs, which were considered locally extinct prior to the project.

Fish stocks, which are critical to the food security and livelihoods of the villagers, have reportedly been replenished. As a result of the restored reefs and marine biodiversity, the area has become a popular ecotourism destination for diving and thus the number of jobs in the local tourism industry has reportedly increased substantially. Further successful efforts to drive tourism have included the creation of unique reef art installations and the reinvestment of private tourism proceeds into conservation activities. 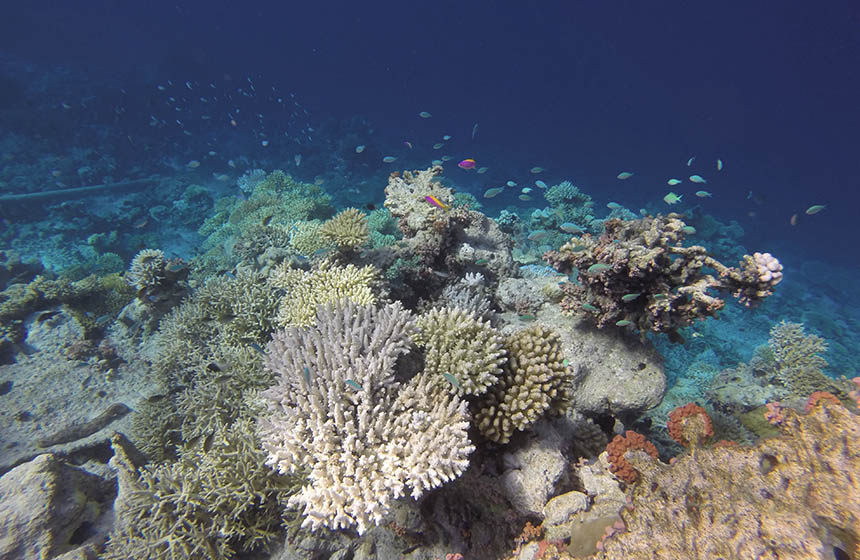