Reforestation and agricultural landscape restoration have been employed to reduce the impacts of climate-related hazards on local communities.

An ecosystem-based adaptation pilot was conducted in So’n Tho commune, a mountainous area of Vietnam comprised of 75% forest and 15% agricultural land. The upper slopes of the landscape were planted with native timber species to restore lost biodiversity. The middle part of mountain slopes were planted with orange trees using pineapple and peanut pinto trees as contours. Nearly 12,000 seedlings were planted as well as forty hectares protected to restore the low density forest area of the commune. Compost from increased vegetation and agricultural output provided organic fertilizer for orange farmers.

Although not reported, it is likely that reforestation and improved landscape management will contribute to climate change mitigation on a small scale.


The community has reported that 40 hectares of native forest are now better protected and 12,000 seedlings of native trees have been replanted likely contributing to restoring biodiversity losses.

Community members have reported the increased provisioning of food products and firewood and the regulation of water flows increasing underground water storage capacity. Community members attest that these provisioning services contribute to the food, water, and energy security of local households as well as providing additional income-generating opportunities. Furthermore, community testimony reports that increased agricultural productivity has allowed for the greater provisioning of medicinal plants.

The project is governed by the Son Tho commune which encapsulates a network of smallholder farmers within the region.

The pilot was funded by the Mainstreaming Ecosystem-based Adaptation in Vietnam programme.

Researchers have studied the site and been given data relating to extreme weather events and yearly crop yields. Transects were also conducted with farmers to collected more granular datasets. 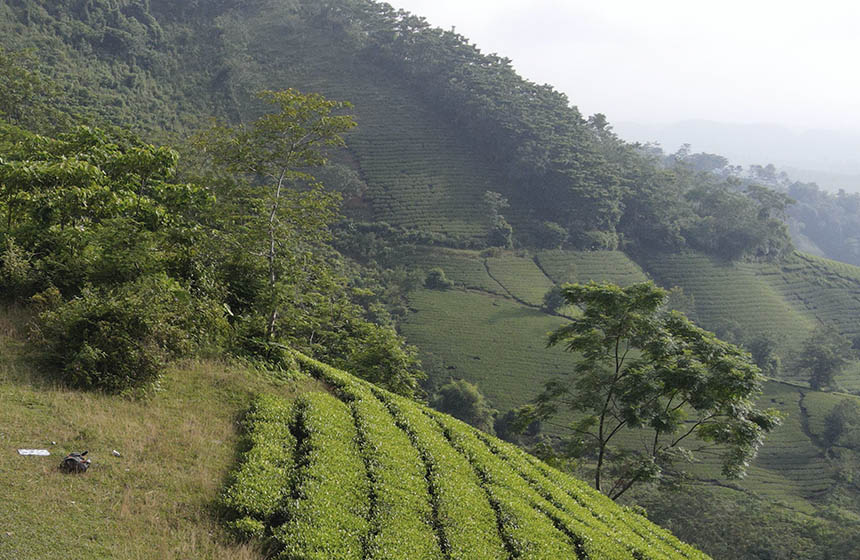