United States Three locations in the Western USA, in Nevada, Idaho and Montana

Across the Western United States of America, trout habitat such as streams and rivers is being increasingly affected by climate change. The restoration efforts highlighted here have taken whole-landscape approaches, including restoring headwater meadows and wetlands, riparian habitat and floodplain areas.

Maggie Creek, Nevada; Crow Creek, Idaho; and Wasson Creek, Montana have made efforts at riparian restoration to benefit local trout populations. In order to mitigate the effects of warmer temperatures, streams were shaded by restored riparian trees and the number and size of deep pools were reportedly increased. Headwater meadows and wetlands were restored in order to keep ﬂows in headwaters longer, serving to mitigate the effect of earlier peak ﬂows. Natural meanders were restored and recreated, slowing the flow of water, reducing sedimentation and bank erosion and recharging aquifers which help to mitigate the effects of increasing summer droughts. Large burn-resistant wet zones along the streams were created to reduce the impact of wildfires by increasing the width and lushness of riparian areas and by introducing beavers that help create wetlands. Floodplains were restored and reconnected to riparian zones, in order to reduce the damage caused by winter floods. Lastly, other sources of stress which can compound the effects of climate change were reduced through improved livestock management near riparian zones and restructuring dams that were barriers to fish migration helping to reconnecting trout populations to improve their resilience.

Climate change, compounded by other human-induced disturbances such as livestock grazing and channel straightening, has had and will continue to have negative effects on trout populations. Warmer water temperatures in summer months, earlier peak ﬂows, decreasing summer ﬂows, increased incidences of wildfires, and winter flooding are climatic changes that have been documented in the streams and rivers in the Western USA, and which have harmful effects on trout populations.

The study reported positive outcomes for climate change adaptation, including reduced peak water temperatures in summer heat waves, less riverbank erosion, and higher groundwater levels from recharged aquifers. The sinuosity of Crow Creek in Idaho reportedly more than doubled, while the number of pools was found to have increased from 9 to 86 after the intervention. Higher populations of larger migrating individuals of trout have been documented, illustrating that the fish have benefitted from the restoration initiatives and showing their increased resistance and resilience to the climatic changes that were negatively affecting them.


The study reported measuring higher trout populations after the interventions, as well as increases in larger fish. Ecosystem health of the surrounding riparian and wetland habitats was reportedly improved, providing benefits for other species. In Maggie Creek, wetlands created by beavers reportedly provide high-quality habitat for fish and many species of wildlife, including waterfowl and other birds, muskrats, mule deer, and mink.

While not explicitly reported, higher trout populations can benefit local communities who fish the trout.

This project is governed by a vast multi-agency coalition that works across state borders while also working with local landowners on issues such as localized grazing pressures.

Multiple organizations such as The Bureau of Land Management and Trout Unlimited took part in monitoring efforts to study the health to the restored creeks and trout populations.

Funding for further monitoring is sited as limitation of this study, with extended monitoring being a key next step for further advancing the project. 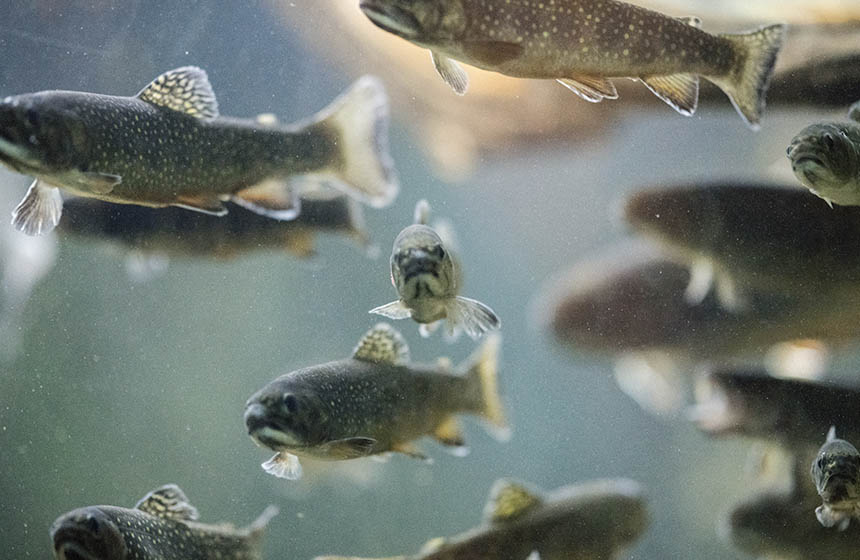