Beaver re-introduction on the River Otter in Devon

Through community-based trial and error, the UK’s first beaver (Castor fiber) reintroduction attempt aimed to restore healthier functioning of the River Otter ecosystem and reduce downstream flooding impacts on local communities. The experiment’s recent approved extension succeeded largely because of the involvement of local communities who have learned along the way how to adapt to any disruptions caused.

In 2015, several families of beavers were reintroduced in Devon as part of the River Otter Beaver trial (ROBT). As the beavers alter the landscape in and around waterways, their dams help reduce pollution, create habitats for local wildlife, slow the speed of floods downhill, provide water storage, and combat the washing away of topsoil. Over the course of four years, the two original beaver families had built 28 dams on various tributaries in the river catchment and impounded almost two kilometres of the river creating reservoirs that serve critical ecological functions and likely aid biodiversity recovery. The proper management of their reintroduction required the participation of community members who volunteered to reduce the height of certain dams and install so-called “beaver deceivers” or bypass devices to deter beaver’s from causing unwanted flooding of agricultural land.

Beavers were once common in England, Wales, and Scotland but became extinct in the sixteenth century. Their presence in Devon makes them the first wild beaver breeding in over 400 years and the first legally sanctioned reintroduction of an extinct native mammal in the country. Beavers are considered a “keystone species,” defined as an organism that plays a key role in holding an ecosystem together, and can serve both an ecological and social benefit. The beaver reintroduction trial is an important step toward restoring naturally functioning river systems. In August 2020, the UK’s Department for Environment, Food, and Rural Affairs announced that the beavers would be allowed to remain in Devon.

The dams created by the beavers have been reported to reduce the flood risk to downstream villages and improve water quality by trapping sediment often washed into tributaries. These improvements are likely to strengthen the adaptive capacity of local communities and wildlife to climate change impacts.


The diverse and constantly changing constellation of ponds and wetlands is reported to have increased the presence of water voles, amphibians, trout, and lamprey. The dams and ditches created by the beavers have also been shown filter silt and chemicals improving water quality.

Although the dams have reduced flood risk to a downstream village, surrounding communities complained that beaver dams occasionally created localised flooding of farmland. The project implementers have worked to resolve these conflicts and community members volunteer to reduce these impacts.

The initial beaver release was approved by Natural England and managed by the Devon Wildlife Trust. The project came to inception through the support of the local community and received further logistical support form the university of Exeter and the RSPB.

Devon wildlife trust provided the funding to prepare the beaver release are and monitor the population.

Extensive and detailed monitoring took place on the site as it was the first legal beaver reintroduction to take place in the UK. Data was collected on biodiversity, water flows, and community impacts to see how the beaver’s influenced the landscape.

Some of the beaver dams did cause small scale floods in agricultural areas within the release site. Due to the careful monitoring, when this occurred dam heights could be lowered or flow bypass devices (‘beaver deceivers’) could be installed to mitigate the localized flooding. Continued monitoring and dialogues are taking place to monitor the relationship between beavers and the local community. 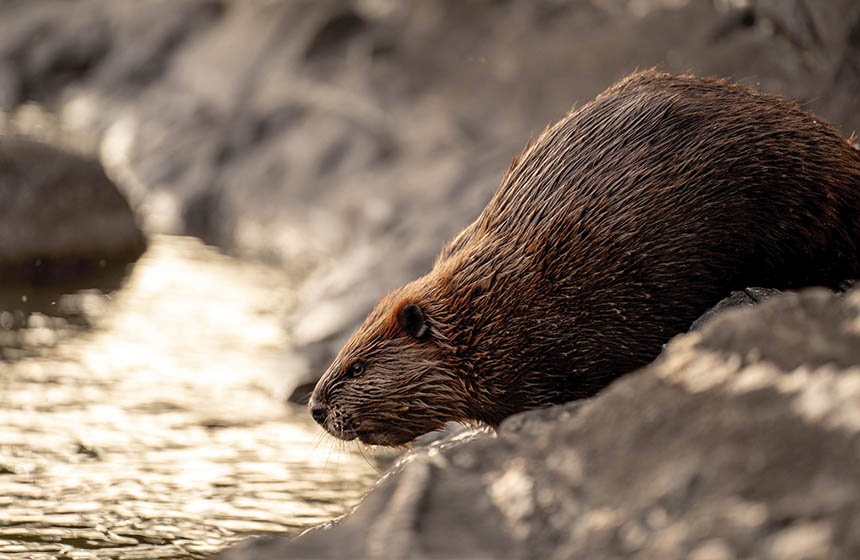