Oyster reefs were created off the coastline of the MacDill Air Force Base in Florida in order to counteract rapid erosion occurring due the shore being near an important commercial shipping lane.

In order to reduce coastal erosion at MacDill Air Force Base over 7,500 linear feet of oyster reefs were created off of the shoreline. These reefs were constructed in a multi-phase project which utilized concrete oyster domes and oyster shell in their creation. These oyster domes or “reef balls” were strategically placed off the shoreline in order to reduce wave energy. Smaller reef balls were placed in the intertidal zone to facilitate oyster and muscle growth.

The shoreline of MacDill Air Force Base has been rapidly eroding, with projections suggesting an erosion rate of one foot per year. This bay is subject to heavy boat traffic which likely contributes to this accelerated erosion rate. This erosion has threatened Native American historical sites along the coastline.

This project helped adapt the shoreline to the challenges of coastal erosion which will only accelerate with the impacts of climate change such as increasing sea levels.


Through protecting this shoreline the project not only creates new habitat in the form of oyster reefs, but also safeguards the undeveloped coast and the associated habitats there such as wetlands supporting habitat quality. This shoreline also represents critical habitat for the vulnerable West Indian manatee (Trichechus manatus).

the project is governed by the Natural & Cultural Resources Manager within the 6th Civil Engineer Squadron Environmental Flight. The project is implemented in collaboration between the US Air Force and local community organizations.

The project is financed by the Department of Defense, US Fish and Wildlife Service, and the National Marine Fisheries Service.

The project had monitoring set up on the restored oyster reefs for the first 3 years after they are implemented. 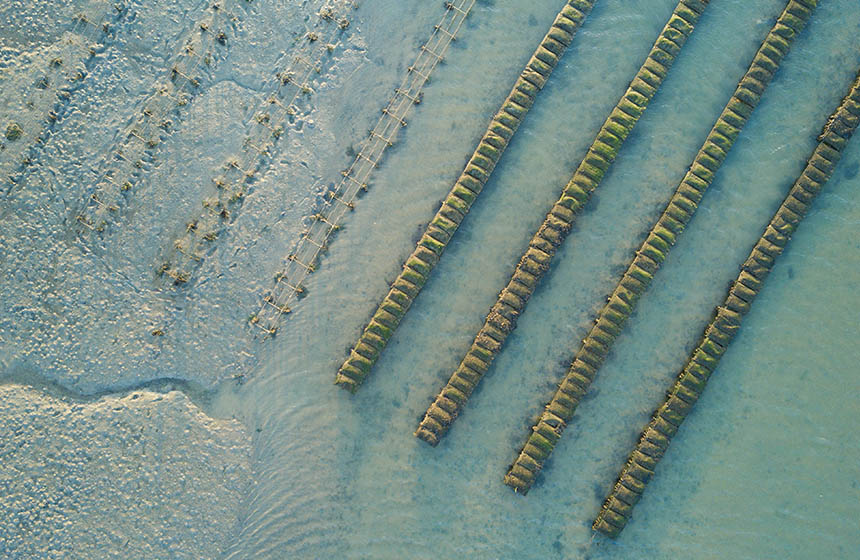