Integrated water management and reforestation in a harsh dry climate

The Amsing Association is an important governing body in the village of Douar Elmoudaa that was created to respond to land and water management issues, as well as harsh climatic conditions and the effects of climate change.

The Amsing Association has supported the reintroduction of a locally regulated land management practice that bans herders from grazing livestock on protected land to allow passive revegetation, which in turn reduces erosion and flooding. The community and its Association also planted cypress, apple and walnut trees on the hills surrounding the village, conducting this reforestation within the framework of their Community Based Adaptation (CBA) program. Combined with grey infrastructure such as water towers and rock dams to improve integrated water management, the initiatives carried out by the Association have reportedly benefited biodiversity and the resilience of the Douar Elmoudaa community to increasing climate variability.

The community of Douar Elmoudaa has always faced intense water scarcity and conflicts with neighboring villages over water. These challenges have been exacerbated by seasonal pattern changes and more severe storms caused by climate change on top of the frequent threat of devastating flash floods.

Passive revegetation due to changes in grazing management, reforestation and afforestation has been reported to a decreased risk of flash flooding, which has been exacerbated by climate change. Through a combination of integrated water management techniques, the actions of the Association have been reported to lessen the vulnerability of the community to increased water scarcity.


According to the project report from the Equator Initiative, the Association’s efforts, including passive revegetation and afforestation, have protected native shrubs and grasses, reportedly making Douar Elmoudaa now home to varieties of native flora that had completely disappeared in other areas of the valley.

Integrated land and water management techniques, along with the introduction of methods to improve agricultural output, have reportedly helped to interrupt the vicious cycle of environmental degradation, poor crop yields, and increased dependence on the exploitation of natural resources. The projects also provide a valuable source of training and employment and offer leadership roles to women and youth.

The project is governed by the Amsing Association which is a community governance organization focused on land and water management issues.

The project has received funding from the UNDP-GEF CBA Morocco Team, the UNDP-GEF small grants program, and the German Agency for International Cooperation.

Monitoring is conducted in partnership with the UNDP-GE Morocco team to evaluate the impacts of the intervention. 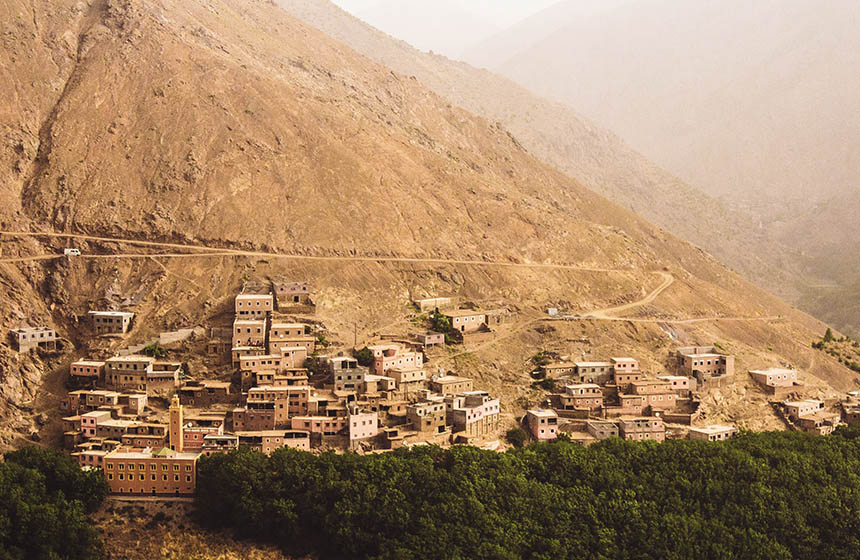