To combat land degradation, farmers were trained in and engaged in mutual exchanges to learn from each other about various organic farming methods including crop sequencing. Forest area was also rehabilitated mainly through the planting of endangered fruit and nut trees.

An initiative implemented by the NGO Rural Infrastructures Services for Under-Served Populations (RISEUP) aims to combat land degradation in order to restore key poverty-reducing ecosystem services. The main tenets of the intervention included the implementation of organic farming methods, simple irrigation practices to better manage soil and water resources, and increasing access to high-quality, drought-resistant hybrid seeds. More specifically, organic farming practices that were taught and implemented included crop scheduling, sequential growing to provide space for fertilization from crop detritus, grafting and nurturing of vegetables that struggle to propagate naturally, mulching, and composting. These methods were often carried out on “demonstration” plots which allowed for learning and exchanges between farmers as the project advanced. Furthermore, extensive tree planting was carried out to restore forest in the area and provide edible non-timber forest products such as nuts and fruit. The community propagated over 4,000 threatened afang vine and bush mango seedlings, which have been planted out as part of the reforestation effort.

Majority of farmers in Obudu in the Cross River State of Nigeria cultivate small-scale plots of less than one hectare. The area suffers significant impacts from human-induced land degradation compounded by irregular and unpredictable rainfall, flooding, land degradation, and low agricultural productivity. Due to these human-induced and environmental stresses, several indigenous plant varieties are under threat including popular crops that provide food security for millions of people cross the country.

The planting of fruit trees is reported to have partially prevented further erosion and built up landscape resilience.


The project has reportedly reduced pressure on wild bush mango and afang stock by training farmers and others local forest users in the sustainable cultivation and management of these crops.

Improved agricultural productivity has reportedly improved food security and local incomes. High-yield and disease-resistant seeds have generated a reported 60-80% increase in yields. Farmer incomes have increased from between USD$ 1 – USD$ 2 a day to between USD$ 6 and USD$ 12 a day, resulting in an annual income of about USD$ 4,000 per farmer. The initiative is reported to have had a positive impact on school enrolment as higher incomes have allowed more women to cover school fees.

This project was governed by the NGO Rural Infrastructure Services for Under-Served Populations, the World Vegetable Center, and local communities who implemented the interventions.

This project was financed by the NGO Rural Infrastructure Services for Under-Served Populations and the Global Environment Facility’s small grants program.

Monitoring took place during the project in order to evaluate changes in crop yields due to the interventions applied. 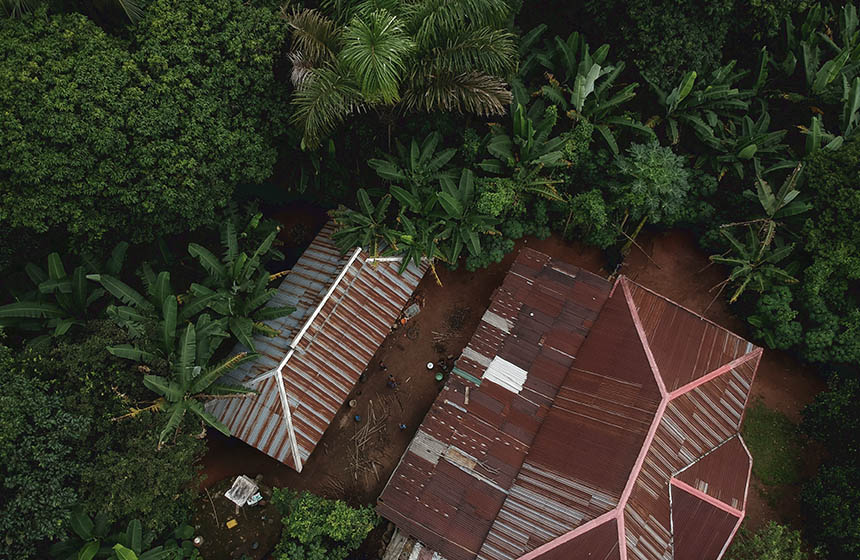