Curtailment of muddy floods in the Sompting catchment area

The conversion of agricultural land to grassland and other management changes resulted in a drastic reduction of muddy floods, soil erosion and runoff in the Sompting catchment area in the South Downs of the UK.

In 1992, around 100 hectares of agricultural land, mainly located on slopes vulnerable to runoff and erosion, were permanently set aside to revert back into grassland, funded through the EU’s Common Agricultural Policy and an Environmentally Sensitive Area scheme.

Prior to these changes, the area and town of Sompting experienced intense flooding and excessive soil erosion in the 1980s and early 1990s. As a result of the intervention, runoff and continuous down-valley flows were reduced and valley floor flows were prevented from linking up, reportedly reducing flooding. Much less frequent flooding events were observed after the intervention, even in particularly wet years, according to a peer-reviewed study of the area.

The restoration of permanent grassland cover on slopes vulnerable to erosion in a catchment area prone to flooding has reportedly effectively reduced the frequency and impact of flooding during heavy rainfall events, which are expected to intensify due to climate change.

The housing estate that the study observed, as well as the town of Sompting and other areas in the catchment, reportedly benefited from a significantly reduced risk of flooding, particularly highly damaging muddy flooding.

The purchase and restoration of the land was funded by the European Union Common Agriculture Policy and the UK Government.

Some scientific studies have evaluated the impacts of the catchment restoration, but surveys tend to be irregularly conducted. 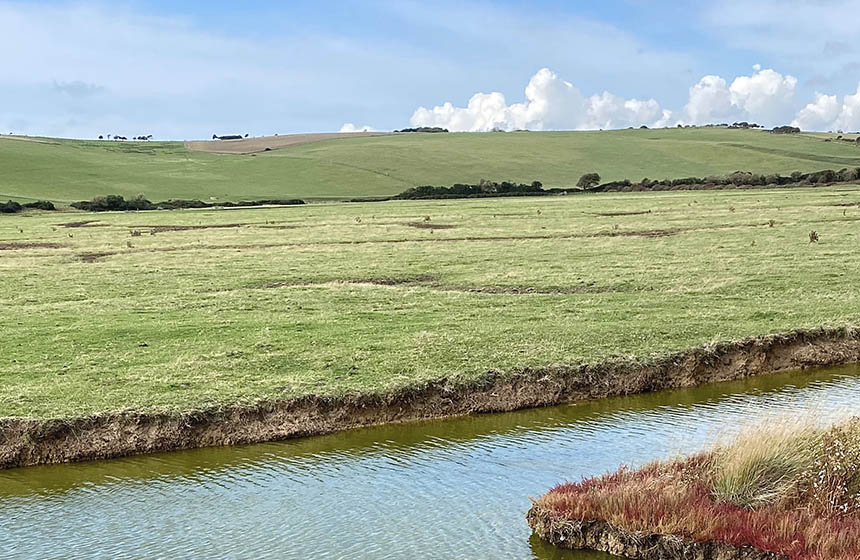