The Glacial Ridge Project is one of the largest prairie-wetland restoration initiatives in the United States.

Initiated by The Nature Conservancy in 2000 after purchasing the tract of land, the core of the Glacial Ridge Project spans 9,000 hectares of land, 90% of which has been degraded by wetland drainage, excessive grazing, mining and conventional agriculture. The project’s primary objective was to reconnect a cluster of 14 fragmented prairie-wetland remnants, totaling 5,200 hectares in size, by restoring the habitat and hydrology of the 9,000 hectare core area, reportedly resulting in a three-fold increase of contiguous prairie-wetland habitat to a total of 15,200 hectares. This was accomplished through actions such as filling and plugging drainage ditches, re-grading previously excavated soil, reintroducing native plants, seeding of native grass species, and invasive weed management.

The restoration of this Northern Tallgrass Prairie has reportedly had positive outcomes for ecosystem integrity and biodiversity conservation, as well as for ensuring the continued provisioning and quality of drinking water for local communities, while also mitigating the risk of flooding in the area.

While increased carbon sequestration was not explicitly reported an an outcome in project documents, it is likely that the restoration of wetlands would have enhanced the climate mitigation potential of the area.

The restoration of wetlands and natural hydrological cycles in the area has been shown through subsequent scientific study to mitigate the risk and impact of flooding on neighboring cities, towns and farms. Preliminary records from the U.S. Geological Survey show a notable reduction in flood peaks since 2006, although a longer record is necessary to confirm a causal impact. The initiative also reportedly resulted in higher drinking water quality for the city of Crookston, Minnesota, through the protection of well-head zones with natural perennial cover.


Through the reconnection of fragmented habitats and restoration of the area, ecosystem health and biodiversity were reportedly enhanced. 5,200 hectares of prairie-wetland fragments were reconnected, and 1,240 hectares of wetlands were restored. Native vegetation was seeded and supported, while the prevalence of invasive plant species reportedly decreased. Vulnerable native animal species such as the burrowing owl (Athene cunicularia) and greater prairie-chicken (Tympanuchus cupido) are also predicted to benefit from the restored and connected habitat, according to a peer-reviewed study.

The project created jobs for local people and many are reported to have benefited from ecotourism and environmental education activities.

The Nature conservancy organized a large funding coalition including multiple public and private entities to fund the purchase and restoration of the Glacial Ridge Project.

As part of the National Wildlife Refuge System, this are now undergoes extensive monitoring and management by the
U.S. Fish & Wildlife Service.

The large scale of the restoration created many limiting factors. Due to the heavily degraded status of North American Tallgrass Prairies, it can be difficult to get enough seed from native plants to restore the area. 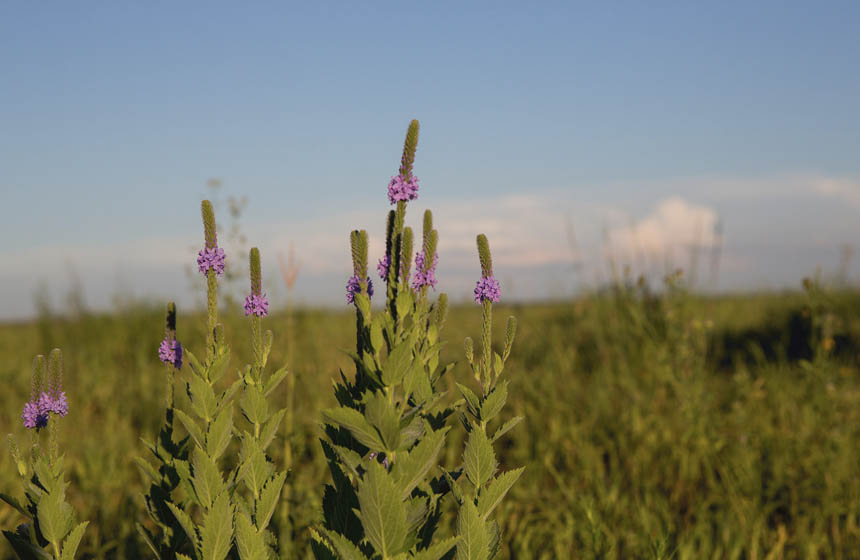