A network of sixteen indigenous communities on the islands of Nguna and Pele in Vanuatu have come together to advance a coral gardening project. The coral gardening efforts aim to restore coral reef ecosystems weakened by ocean acidification and rising surface temperatures. Furthermore, the stronger reef is intended to act as natural buffer between local communities and coastal impacts such as erosion and storms.

Vanuatu’s Nguna-Pele Marine and Land Protected Area Network, a non-governmental organisation comprised of sixteen indigenous communities on the islands of Nguna and Pele, came together to implement a coral reef climate change adaptation project focusing primarily on mariculture, or coral gardening. More precisely, coral fragments are attached to structures that are later submerged off-shore in areas that have been previously destroyed by cyclones or other pressures. The coral beds are submerged in areas about six meters deep so they are sheltered from potential cyclone swells. The coral varieties to be replanted are carefully selected for their ability to cope with heat stress and ocean acidification. Over 3,000 coral fragments have been planted in the area. These efforts have been implemented with the aim of restoring coastline biodiversity, including the coral reef itself, as well as serve as a buffer against coastal pressures that challenge local communities. Tourists are invited to participate in the efforts, generating additional income for local communities. Education programs have also been initiated to teach over 500 youth about coral reefs and climate change adaptation needs.

Vanuatu, as with other low-lying island states, is already suffering from climate change induced impacts. First, increasing ocean surface temperatures and ocean acidification are jeopardising the health of coral ecosystems that sustain myriad wildlife on the coast, including species that support local food security. Second, sea level rise and the increasing occurrence of extreme weather events are causing more frequent and severe coastal and inland inundation and erosion.

The reef created by the coral replanting and gardening efforts has reportedly acted as a coastal buffer reducing erosion and stabilising the shoreline.


Fish whose habitats are associated with corals are observed to have increased in abundance.

Fish whose habitats are associated with corals have increased in abundance, reportedly boosting local food security. The coral gardening efforts have attracted tourists generating local income for communities. This observed boost in the local tourism economy has reportedly generated additional income for women.

This project is governed under the Nguna-Pele Marine and Land Protected Area Network, which is an NGO that encapsulates sixteen indigenous communities from surrounding islands.

This project received funding and support from the Nguna-Pele Marine and Land Protected Area Network, the German Agency for International Cooperation, and the Secretariat of the Pacific Community. 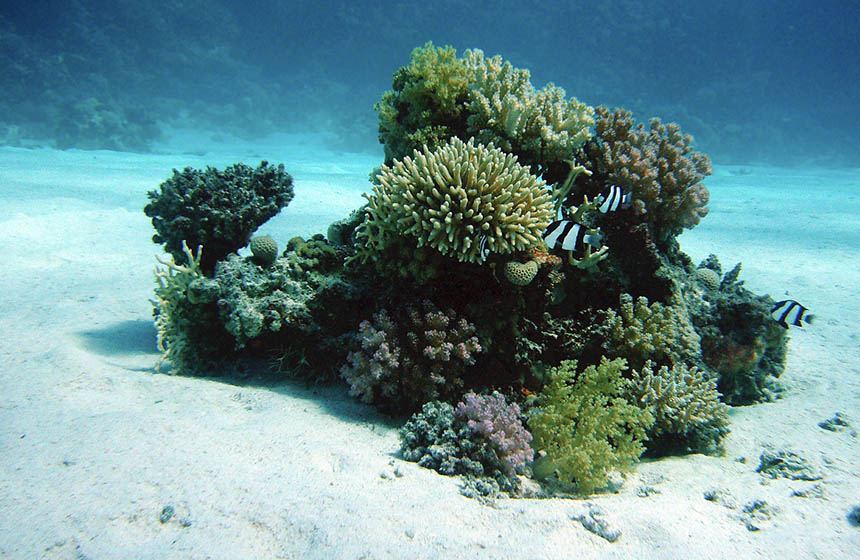