Bangladesh Kutubdia Island, located on the southeast coast of Bangladesh

On Kutubdia Island off the coast of Bangladesh, three oyster reefs were constructed on tidal mud flats using precast concrete rings. These reefs were deployed parallel to the coastline to serve as wave-break structures by attenuating wave energy. The concrete rings were first allowed to be colonized by oyster larvae and other marine organisms such as barnacles, sea anemones and gastropods for two years, before being deployed to their final location. The intervention primarily addresses the challenges of disaster risk reduction and climate change adaptation by dissipating wave energy and acting as breakwaters for tidal water.

According to a peer-reviewed study, oyster breakwater reefs were found to reduce disaster risk and contribute to climate change adaptation through attenuating wave energy and reducing coastal erosion. For tidal water levels between 0.5–1.0 meters, the reefs dissipated wave energy effectively and acted as breakwaters. For water levels less than 0.5 meters, waves were completely blocked by the vertical relief of the reefs. Furthermore, the study found that erosion was reduced by 54% in sites with the oyster breakwater reefs, compared to control sites. Lastly, a significant seaward salt marsh expansion was reportedly observed at the intervention site, whereas the salt marsh seaward margin retreated at the control sites.


In addition to their potential for stabilizing tidal mud flats, oyster breakwater reefs are also useful for restoring or enhancing other ecosystems such as salt marshes, as evidenced in this case by the reported seaward salt marsh expansion, likely offering favorable conditions and habitat for coastal marine organisms.

This project helped protect the livelihoods of coastal communities which are under threat from coastal erosion and flooding.

While no clear governance structure exists for the project, local communities and previous scientific partners share responsibility for the structure.

This project was implemented under the guidance of a research team which was funded by the Dutch Organisation for Internationalisation in Education.

Extensive studies were conducted during the first years of project implementation, but more recent monitoring has not yet been reported. 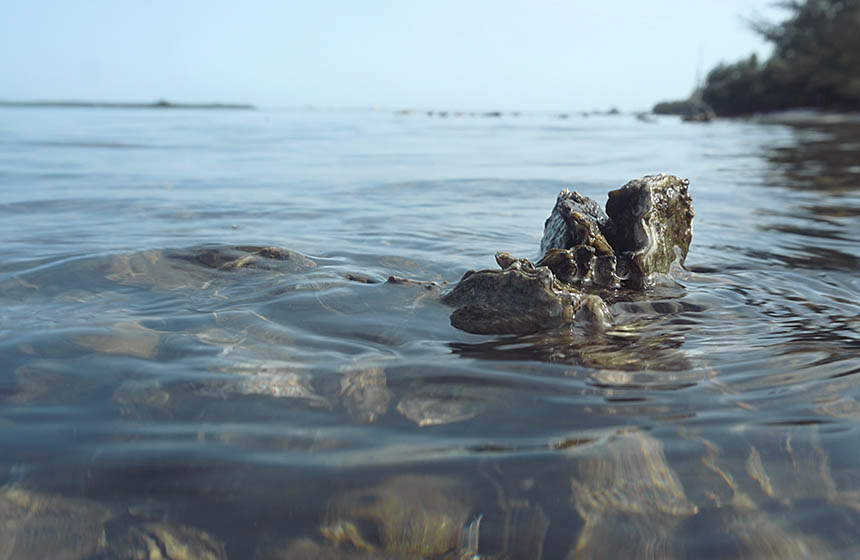