A group of Pred Nai community members decided to embark on forest restoration in response to the severe degradation of the local mangrove ecosystem by charcoal mining and water pollution from commercial prawn farming. The community group, led by a well-respected monk, further organised the support of surrounding villages to form a Community Coastal Resource Management Network in Trat Province. This Management Network now coordinates the area’s reforestation efforts and facilitates the creation of private enterprises based on natural resources to help support local livelihoods. Micro-credit programs have also been created with the aim of increasing investments in support of local community needs. Primarily, the work of this community group revolves around the reforestation of mangroves in order to provide important ecosystem services including stabilised shorelines that can better combat coastal erosion. The mangrove reforestation efforts also aim to create valuable habitat for fish and crustacean species that were previously reported to be declining. In further support of this effort, a community patrol group improved enforcement of existing regulation against push nets that destroy near-shore coastal ecosystems and implemented a voluntary fishery closure during the reproductive season of an ecologically and economically significant crab species each October.

The mangrove ecosystem on Thailand’s eastern seaboard once covered 48,000 hectares but had been reduced to only ten percent of its original size prior to the start of the Pred Nai Mangrove Restoration Project.

Although not quantified, the mangrove restoration efforts are likely provide an important buffer and protection against coastal erosion caused by severe tropical storms. The interventions have reportedly led to the increased harvests of grapsoid crabs from eight kilograms per day by six collectors to fifteen kilograms per day by thirty collectors in about five years. This is equivalent to a near doubling of income per collector which is predicted to strengthen the adaptive capacity of the community.


The community has recorded a marked improvement in the biodiversity of the mangrove forest with several species of crab, shrimp, fish and bird all reported to have become more abundant. Villages have also reported monkeys returning to the area. A razor snail called Hoy Lod, which had been unseen for 20 years due to lime pollution from shrimp farming, is reported to have started reappearing.

The interventions have reportedly enhanced the income and food security of community members. The villagers have created a saving fund whose annual profits are set aside for members’ welfare and village development. The fund is reported to have grown from 37 members and 9,000 baht (USD$ 270) to 514 members and two million baht (USD$ 60,000) over the course of five years.

This program is governed by the Community Coastal Resource Management Network in Trat Province which represents a coalition of coastal villages. There are also community patrol groups which help to enforce existing environmental regulations.

The project is funded by the economically important natural resources found in the restored area alongside external award funding.

The communities have little control over the offshore fishery areas near the project, which means that key species are often vulnerable to overfishing during parts of their lifecycle. 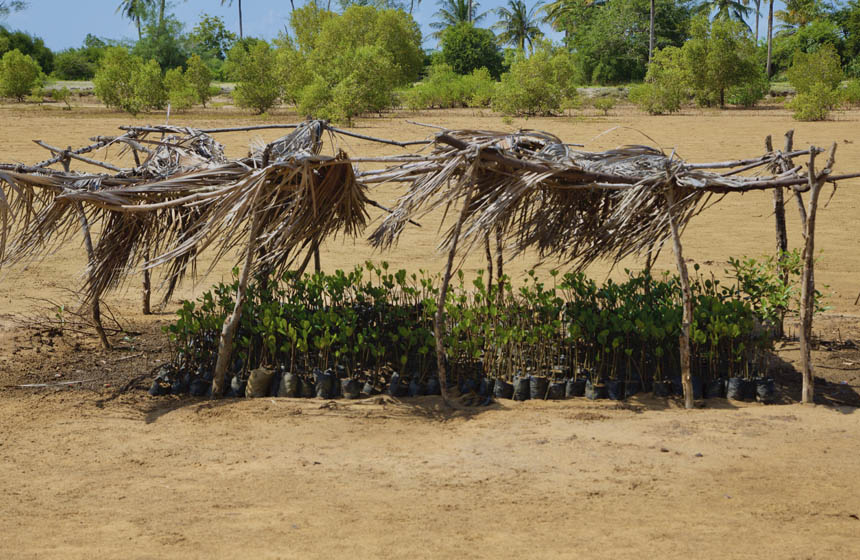