The Community Based Adaptation to Climate Change through Coastal Afforestation (CBACC-CF) program is the first Bangladesh National Adaptation Programme of Action (NAPA) project under the GEF-UNDP portfolio, implemented by the Government of Bangladesh in four coastal districts. The initiative primarily consists of reforesting the coastline with various species of mangroves, interspersed with timber and fruit trees, following the ‘Forest, Fish, Fruit’ (FFF) model, which also integrates fish nursery ponds between the trees in the area. This was done with the involvement and employment of community members in the nursery bed preparation, seedling raising, planting and maintenance. 9,650 hectares of new mangrove plantations made up of 10 key mangrove species were established to reduce the impact of cyclones, flooding, coastal erosion, saline intrusion and sea-level rise, while the project also supported innovative land management and livelihood diversification strategies for local stakeholders. Furthermore, mound and dyke plantations were also reclaimed for innovative use of unused coastal lands to accommodate non-mangrove species in salinity-dominated coastal belts by involving local communities.

Bangladesh is located on the deltaic plain of the Ganges-Brahmaputra-Meghna (GBM) river networks which is low lying and places the country at high risk of climate variability. As the risks for tropical storms and storm surge increase it creates additional issues such as coastal inundation, high salinity contents in soils and surface waters, and drainage limitations. This in turn puts pressure on local food systems with 50% of coastal arable land being impacted in some form by salinity.

A reported estimated 965,000 tons of carbon are absorbed annually by the 9,650 hectares planted with a diversity of mangrove species, as well as some timber and fruit trees (1).

The initiative is reported to have a reported positive climate adaptation outcome, as the mangroves act as a ‘green shield’ that protects the local coastal communities from the impacts of cyclones, including storm surges, flooding, and wind, as well as other climate impacts such as flooding from sea level rise, salt water intrusion into crops and drinking water, and coastal erosion (1).


The mangrove reforestation program reportedly enhanced the resilience of coastal ecosystems, as they were found to effectively shield existing mangroves from storm impacts reducing ecological vulnerability. The mangrove restoration also focused on bolstering species diversity by using 10 different mangrove species in reforestation rather than a monoculture (2). The restored habitat was also reported to support coastal marine biodiversity, including fish and birds, through increasing habitat connectivity and survival rates due to increased storm protection (3).

In addition to the 3,400 coastal households which remain involved as long-term beneficiaries of the strips of restored mangrove forest in the four communities, the initiative also reportedly provided income opportunities for 12,371 local people in activities such as tree planting and maintenance, seedling raising and nursery bed preparation. Using the ‘Forest, Fish, Fruit’ model, the project also supported the planting of fruit trees and the establishment of fish nursery ponds, explicitly aiming to tackle food security in the communities, while reportedly providing $1,000 USD per year per beneficiary in additional income (2). There are also efforts for balanced gender participation with 42% of beneficiaries being women.

Local community governance of the projects is ensured through local Co-Management Committees (CMCs). These committees are formed by 15 members who include government officials, civil society members, elected members, and local women (3). This focus on decentralized governance with an emphasis on participatory decision-making allows for local communities to maximize their flexibility with regards to implementation (4). There has also been an intentional inclusion of women in the project with 42% of coastal women now playing an active role in the decision making process (1). Large portions of the governance focus on capacity building within the context of the ‘Forest, Fish, Fruit’ model to prompt successful alternative livelihood strategies (3).

Initial funding for the project came from support from the UNDP and a grant from the Global Environment Facility (GEF) worth USD 3.3 million, which in turn allowed for securing USD 7.1 million of co-financing (2). Following the success of the initial restoration sites, additional funding of USD 2.17 million has been secured from the Swiss Agency for Development and Cooperation for scaling-up the project at 4 new sites (1).

Monitoring and updated information is provided through UN outlets, but updated reporting and verification do not seem to follow a consistent or systematic process which produces publicly available documentation (1).

The most prominent limitation in the lack of detailed reporting and verification of the project (1). As the ‘Forest, Fish, Fruit’ model evolves through time, knowing which techniques proved most successful would be highly valuable as the project works to scale-up its geographic footprint within the region. 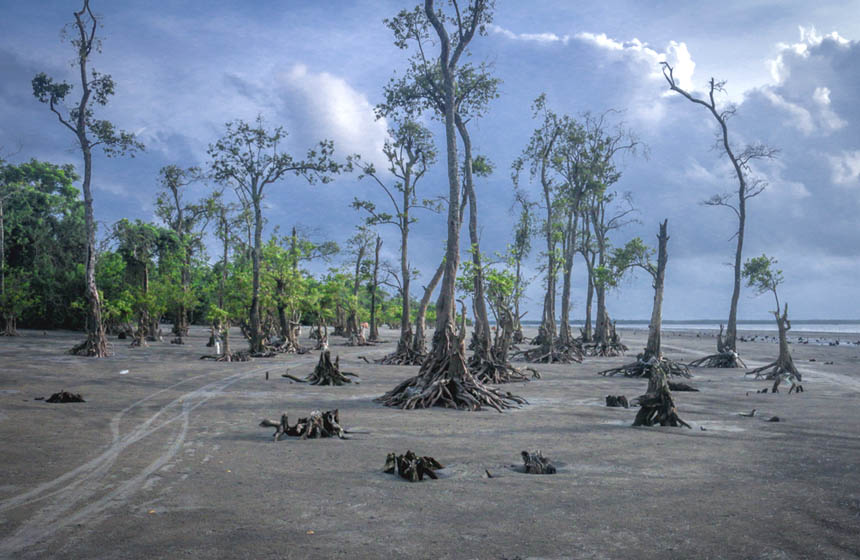