A local NGO Unidad Ecológica Salvadoreña (UNES) in cooperation with the IUCN is implementing various ecosystem-based approaches to adaptation aiming to counter adverse impacts. First, the organisation is working to unblock and remove silt from channels and mangrove canals in the river basin to recover the hydrodynamics of the ecosystem so that freshwater can enter and restore optimal salinity levels in the mangrove system. Second, UNES is promoting the restoration of degraded mangrove areas which include areas felled for livestock grazing. Seeing as unsustainable fishing practices are known to contribute to the destruction of the mangrove ecosystem, UNES designed and implemented a Local Plan for Sustainable Extraction (PLES) to ensure that local livelihoods dependent on fish, crustaceans, and mammals align with conservation needs.

Coastal communities in the Paz River basin of El Salvador are directly dependent on ecosystem services provided by the surrounding wetlands. However, the integrity and reliability of these ecosystem services are threatened by sea level rise, mangrove loss, increased incidence of droughts, saltwater intrusion, and flooding.

Although no mitigation outcomes were reported, it is likely that the mangrove restoration and afforestation efforts could contribute to increasing the area’s carbon sequestration potential.


Community members reported the success of surveillance measures in ensuring mangroves were able to recover. Furthermore, crab populations are reported to have recovered since the implementation of the interventions. The efforts employed to clear the drainage channels in the Aguacate micro-watershed has reportedly benefited the ecosystem through the improved mixture of fresh and salt water in the mangrove ecosystem. This improvement is reported to have helped mangroves flourish even in the dry season.

A post-project impact assessment found that the interventions had created jobs for women in the mangrove channel clearing and reforestation work. Furthermore, greater social cohesion was reported as an outcome of the project.

The IUCN worked with the Unidad Ecológica Salvadoreña (UNES) as a local implementing partner for assisting in governing the project.

This project was funded by the German Federal Ministry for the Environment, Nature Conservation and Nuclear Safety.

When interviewed some community members felt that due to the tradeoffs of the intervention, some people accrued more livelihood benefits than others, such as fishermen. 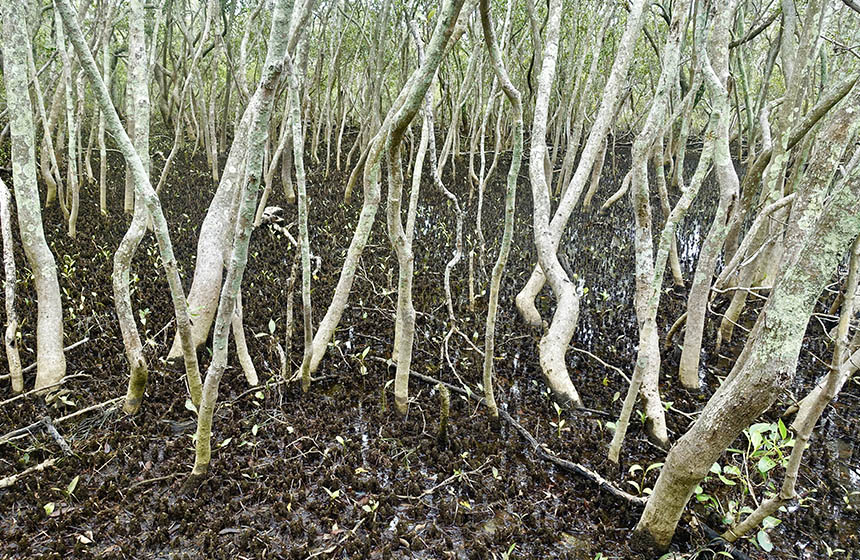