The Mikoko Pamoja Community Organization (MPCO) is providing incentives for the restoration and more sustainable management of the local mangrove ecosystem through avoided deforestation and the replanting of degraded mangrove areas. The work of MPCO has generated income from carbon credits which have been used to pay for staff wages and various conservation activities, with any surplus further reinvested into the community’s needs. According to the UN, the total economic value of the mangrove forest through fisheries, timber, eco-tourism, research, education, aquaculture, shoreline protection, carbon sequestration, biodiversity, as well as its mere existence value is estimated at USD$ 1,092 per hectare per year.

The Gazi Bay, located on the southern coast of Kenya, has seen significant depletion and degradation of its mangrove ecosystem mainly due to a high demand for building materials and fuelwood. This overexploitation has led to the destabilization of the surrounding ecosystem evidenced by dwindling fish stocks and the destruction of habitats for coastal species. Mangroves provide an important biological barrier for the coastline and their disappearance from the Gazi Bay leaves adjacent communities vulnerable to coastal erosion.

It is estimated that total emission reductions expected through avoided deforestation and annual replanting is 50,000 tons CO2 over the next 20 years.

Although not quantified or reported, the restoration of the mangrove ecosystem is likely to reduce community vulnerability to coastal erosion and sea-level rise. The sustainable management of mangrove forests is likely to boost fish stocks which could contribute to greater food security.


The restored mangrove forest has reportedly improved critical habitats for fish and other wildlife.

This project is governed by the Mikoko Pamoja Community Organization.

This project is financed by the direct sale of carbon credits generated from the mangrove forest restoration.

The mangrove forest in the area hosts many visiting academics who conduct extensive research and monitoring on the project. 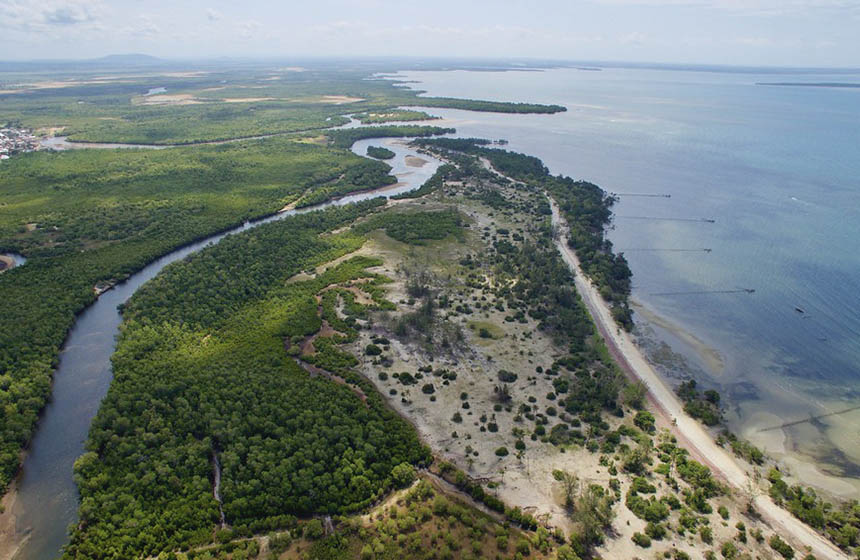