Stone bunds, Zaï, and half-moon agriculture techniques have been implemented alongside composting, reforestation, and farmer-managed natural regeneration to reduce the vulnerability of communities to increasingly unpredictable and limited rainfall.

Six villages in the Yatenga and Lorum provinces have worked to reduce vulnerability to unpredictable rainfall and droughts. Sustainable agriculture techniques combined with various nature-based interventions were implemented with the aim of protecting soil, conserving water, and restoring the local ecosystem’s ability to retain and regulate water flows. Various farming techniques have been employed to counter the challenges of rainfall variability by improving water infiltration and soil stability and reducing erosion. Stone bunds aligned with land contours were built on 1,045 hectares of land. These stone bunds are able to reduce water run-off and erosion while increasing infiltration into surrounding soil. Zaï has been employed on 2,122 hectares of land involving digging pits in the soil before a period of rain to catch water and concentrate compost. Furthermore, a practice of farming in half-moon shapes has been increasingly embraced to capture water and hold it in place for improved uptake by arid soils. Artificial pools called Boulis were also constructed to collect water run-off, increasing water availability for livestock and crops. These farming techniques have been accompanied by reforestation and farmer-managed natural regeneration (FMNR) where 42,022 seedlings produced in five community nurseries have been planted across the project area. Furthermore, waterbody greening and gully treatment to strengthen riverbank and dam protection, biodigesters transforming domestic waste and cattle dung into biogas and fertilizer, and organic gardening have been embraced as additional interventions to improve the adaptive capacity of communities.

These solutions all help reduce water stress to crops during dry periods. These efforts aim to protect croplands from water and wind erosion while also further facilitating the improved regulation of water flows.

An assessment of project outcomes predicted that the implemented reforestation and farmer-managed natural regeneration likely supports climate change mitigation by improving the carbon storage potential of the area.


Post-intervention assessments reported improved vegetation cover of cropland and the restoration of soil fertility. Furthermore, although not measured explicitly, the assessment concluded that the interventions had likely improved species diversity.

Community members have testified that there is stronger social cohesion within and between villages as a result of exchange visits and increased collaboration.

The IUCN worked with Village development commissions to govern the implementation of this project.

This program was funded by the German Federal Ministry for the Environment, Nature Conservation and Nuclear Safety.

While some monitoring does currently exists, it is described as limited in scope and in need of expansion into long-term monitoring plans.

Weak governance at the institutional and federal level limit the scope and stability of the implemented interventions. Interviewees identified a tradeoff between short term economic gains, and the long term gains provided by restoration efforts. 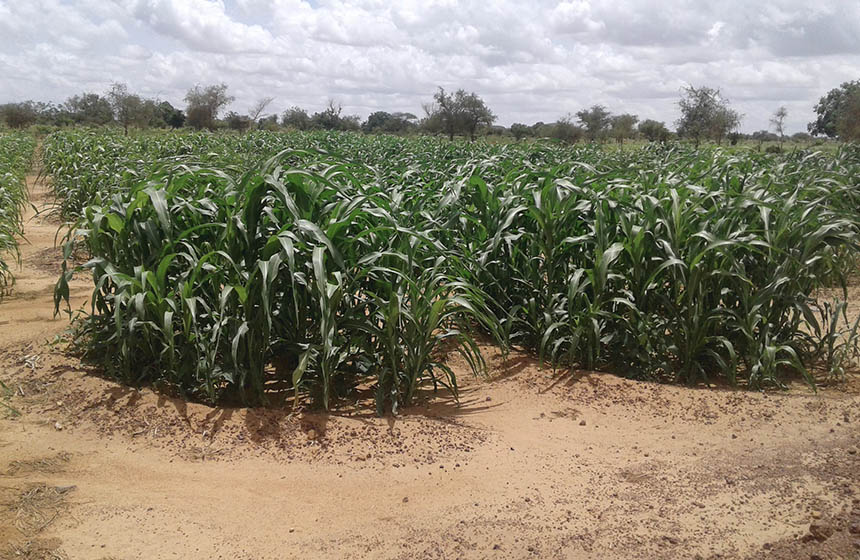