An indigenous council representing the communities of an exceptionally biodiverse region of the central Tropical Andes, has successfully gained a collective title to manage several hundred thousand hectares of land. This collective land title allows for greater control and management purview to the original stewards of the land that continue to practice sustainable natural resource management, monitor endangered species, and promote sustainable livelihoods.

The Consejo Indígena del Pueblo Tacana (CIPTA), or Indigenous Council of the Tacana People, established in 1992 brought a land claim to the Bolivian government and managed to obtain a collective land title to manage 389,303 hectares of forest and savanna. Despite significant deforestation pressures, the Tacana people have managed to preserve traditional land and natural resource management principles protecting the integrity of the land. The management framework of the land title continues this legacy by prioritizing biodiversity conservation, forest protection, and the establishment of sustainable livelihood options for the twenty communities that live in the territory. More precisely, CIPTA engages in monitoring of endangered species, coordinated planning of current and future land uses, stricter hunting regulations, and the implementation of various disaster prevention mechanisms including the restoration of native crop varieties and relocating chicken runs and other animal enclosures to higher altitudes less vulnerable to flooding. The CIPTA has also created 24 community-based associations to both conduct and live off of agroforestry, ecotourism, cocoa production, and sustainable caiman hunting enterprises. Furthermore, to raise the level of participation of women in community works, an independent women’s organization has been established.

Predating the Inca empire, the Tacana people have resided on this land. The region contains 11 different forest and savanna ecosystems not yet represented in other areas protected by the government. Therefore, proper management of these areas is vital for the survival of these ecosystems, in particular the embedded wildlife that includes 51 endangered plant and animal species. The Tacana territory encompassed by this land title is a well-known hotspot for biodiversity and connects several habitats with the protected area of Madidi. Therefore, CIPTA’s work to maintain and increase the connectivity of the habitats under its land title with surrounding areas upholds the biodiversity present and focuses on its preservation and improved health.

A 25% reduction in deforestation has been reported compared to rates in neighboring areas. Projections estimated by CIPTA and the Wildlife Conservation Society suggest that the emission reductions associated with this avoided deforestation could equal 13 million tons of CO2 if the current management techniques continue (1).

The adaptive capacity of local communities and ecosystems is likely to have increased due to a reported reduction in forest loss in flood-prone areas at risk of erosion and new strategies they have developed for reforestation (1).


CIPTA has reported that deforestation in the Tacana-managed territory is 4.6 times lower than in surrounding unmanaged areas since the implementation of the management plan (1). This avoided deforestation is reported to have improved forest and habitat connectivity likely allowing for better dispersal of fauna in the area. These changes create positive ecosystem health outcomes for ecosystem composition, landscape structure, ecosystem functioning and population dynamics and habitat quality. Research by the WCS has found that this protected land is key for creating wildlife corridors which support the conservation of giant otters (Pteronura brasiliensis), jaguars (Panthera onca), white-lipped peccary (Tayassu pecari) and the black caiman (Melanosuchus niger)(2).

Household income in the twenty communities in the affected territories is reported to have risen, albeit not significantly (1). CIPTA has reported that the profits from enterprises and sustainable livelihoods adopted have led to a greater investment in infrastructure and healthcare expenses. Tourism has grown as an industry within the protected area (3), but supplemental sources of income are still required for local communities (4).

The project is governed by the Consejo Indígena del Pueblo Tacana (CIPTA), or Indigenous Council of the Tacana People. This is a collaboration of 20 Tacana communities who live within the La Paz Department. CIPTA is governed by the Gran Asamblea (General Assembly) which meets every 4 years to elect leaders and set an agenda, with the Asamblea Consultiva (Consultative Assembly) meeting yearly to address problems as they arise (1). Central to the success of the project are key alliances formed with conservation NGOs such as the WCS Bolivia which can provide technical support and training to local communities (5).

The project was supported by the Wildlife Conservation Society Bolivia and the Equator Initiative(1). The financing provided to the Equator Initiative which funded this project came from the government of Norway. CIPTA works as an administrative body cycling funding from community based resource projects back into local infrastructure and further investment.

Financial reports and operational reports are presented to the Gran Asamblea and Asamblea Consultiva for review by CIPTA. CIPTA also works to monitor illegal mining and logging, while simultaneously tracking species populations through hunting practices(1).

While successful at generating alternative livelihood strategies, initial funding limitations delayed the speed at which the project could be scaled and still provide limitations to the degree to which local residents must seek alternative sources of income (4). The facilitation of extended and steady financing could alleviate some of these key constraints. 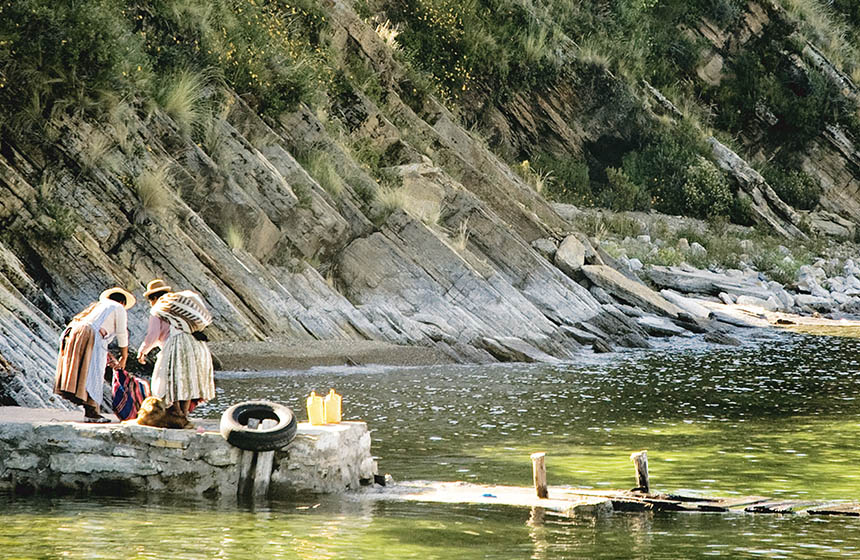