Diverse interventions to restore forest landscapes in the Shouf Biosphere Reserve aim to boost biodiversity and reduce vulnerability to drought and heat waves.

The Mediterranean Mosaics project works to increase the resilience of forest ecosystems in the Shouf Biosphere Reserve (SBR) through adaptive forest management and landscape restoration. Over the course of three years, several practices were piloted at various sites across the SBR. Among other interventions, previously isolated cedar forests were connected through oak forest stands that would shelter nascent and growing cedar trees from excessive solar radiation and herbivore damage while improving soil fertility and water retention. In another area of the SBR, fifteen species-diverse “woodland islets,” or fenced plots of diverse seedlings, were planted in overgrazed areas to boost ecological services and biodiversity. Elsewhere, various tree and shrub species were planted in high mountain forest habitats to stimulate upward migration in response to predicted changes in bio-climatic conditions due to climate change. Natural vegetation was restored in proximity to former mine sites to encourage growth over abandoned quarries. A ‘green barrier’ was also created between the road and adjacent wetland to increase the diversity of riparian species and improve habitat conditions for several bird species and other fauna. These combined efforts aim to counter the climate change-induced impacts of reduced rainfall and prolonged droughts causing water scarcity and the increased vulnerability of the landscape to extreme weather events such as forest fires and heat waves.

These combined efforts aim to counter the climate change-induced impacts of reduced rainfall and prolonged droughts causing water scarcity and the increased vulnerability of the landscape to extreme weather events such as forest fires and heat waves.

Although the mitigation potential of this project was not reported, it is likely that the extent of land restoration and habitat construction, including through the planting of tree saplings, will contribute to the carbon sequestration potential of the landscape.

The reported extent of landscape restoration is predicted to increase the adaptive capacity of communities and ecosystems in the face of the projected likely increase in the frequency and intensity of droughts and wildfires.


The plant survival rate observed in restored areas was high despite the reported lack of irrigation employed.

Temporary enclosures used are reportedly expected to provide a best practice example for sustainable shepherding and farming methods that can likely help further improve food security. The reported increase in biodiversity is likely of significant economic value for local livelihoods. Syrian refugees were trained and hired to perform much of the daily work which reportedly provided a source of income and an opportunity for social and economic integration.

The project was governed by the Mediterranean Mosaics Project in partnership with the Shouf Biosphere Reserve.

The funding for the Mediterranean Mosaics Project was secured from the MAVA Foundation.

The project included funding to build monitoring capacity for all levels of project implementation and referred to the FAO global guidelines for the restoration of degraded forests and landscapes in drylands as a framework for monitoring. 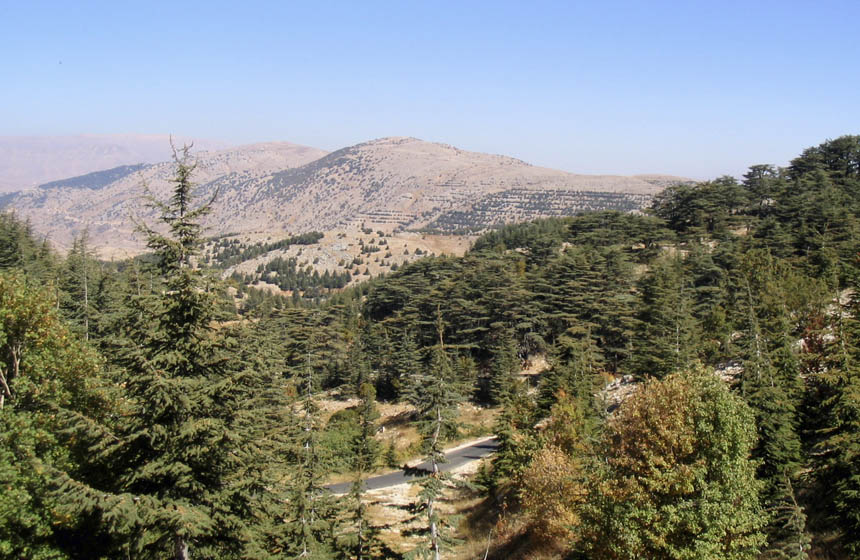