Malaysia Borneo Highlands on the border of Malaysia and Indonesia

Local indigenous groups came together to create the Forum Masyarakat Adat Dataran Tinggi Borneo (FORMADAT) or the Alliance of the Indigenous Peoples of the Highlands in the Heart of Borneo to advance conservation and development goals. FORMADAT promotes sustainable agriculture techniques, agroforestry, the use of diverse and native varieties of rice, and the establishment of nurseries to breed distinctive species of local fruit which have been domesticated and bred over generations. The inhabitants of the highlands use a traditional wet rice farming system and cultivate native fruit and rice varieties, often partnering with NGOs and gaining organic and fair trade certifications to access niche markets. The traditional wet rice farming method involves the use of a wet paddy system irrigated by mountain waters. Once the rice is harvested, water buffalo are released to churn and fertilise the soils. This system allows for greater food production as opposed to shifting agriculture and also maintains the integrity of local water supply as communities do not rely on chemical inputs to agriculture. Agroforestry has been practiced sustainably by the local communities for generations through which they derive timber, medicinal plants, foods, dyes, and material for handicrafts. FORMADAT created a Cultural Field School in 2011 to preserve local knowledge and educate locals and tourists about the cultural and agricultural practices of the area.

The island of Borneo is politically divided between Malaysia, Indonesia, and Brunei. In the highlands of Borneo, the Dayak Lundayeh/Lun Bawang, Kelabit, and Sa’ban peoples of Indonesia and Malaysia share a cultural and historical heritage. The highlands of Borneo exhibit the largest surviving intact forested and traditionally farmed catchment on the island.

The nurseries created have reportedly increased the variety of nutritional options and richness of fruit varieties available. The nurseries are also seen by local communities to serve as a buffer against climate change impacts to agriculture.


FORMADAT has reportedly improved the conservation of agrobiodiversity through the promotion of diverse rice and fruit varieties.

FORMADAT has trained more than 300 farmers in internal control systems (ICS) with the aim of helping them attain organic certification. Partnerships with NGOs have provided access to niche markets; however, international distribution and transport challenges remain.

The project was initially organized by the WWF with the governments of Brunei, Indonesia, and Malaysia working with local communities to establish the Forum Masyarakat Adat Dataran Tinggi Borneo to govern the area.

The project received financial support from the WWF, the Lundayeh Ethnic Association, the Indonesian Department of Education, the International Tropical Timber Organization and the UNDP. 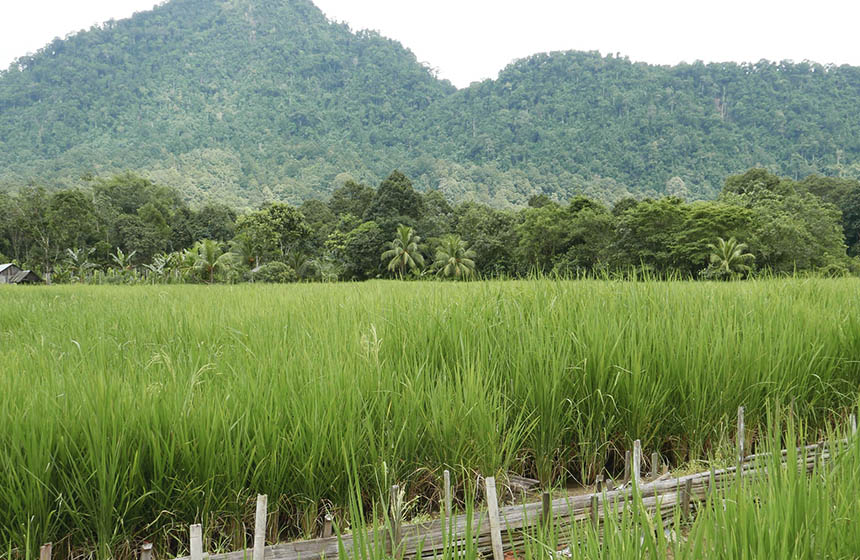