Researchers empirically tested the potential of artificial grassland creation to restore and revegetate degraded grassland on the Qinghai-Tibetan Plateau. A four-year field test found that the intervention had a positive impact on soil quality, biomass cover, and other relevant metrics.

In an effort to better understand possible solutions to the challenge of grassland degradation, researchers at the Southwest University for Nationalities and the Chinese Academy of Science empirically tested the merit of establishing artificial grasslands for restoring and revegetating degraded grassland, especially in heavily degraded areas. An area within the Plateau was designated for grassland planting. First, the grassland was ploughed and harrowed prior to the seeding of perennial grasses by hand at a soil depth of two to three centimetres. Nitrogen was applied for the purpose of fertilisation and finally, the plots were harrowed and tamped to prevent soil erosion. Livestock was excluded from the reseeded plots in the first year of the project, but were allowed re-entry thereafter.

The Qinghai-Tibetan Plateau is a globally important terrestrial biome of which two-thirds is covered by grassland. Unfortunately, anthropogenic pressures including seasonal overgrazing, poorly managed land reclamation, road construction, and sand and gold mining have caused severe land degradation. These degradation challenges are further exacerbated by climate change induced impacts including increased warming, drying, presence of pests, wind erosion, and freeze-thaw. After four years of restoration, the researchers examined the results to find that the effort had positive impacts on soil quality, biomass recovery, and several other identified metrics relevant for measuring the extent of restoration and revegetation.

Vegetation richness, diversity, and below-ground biomass were found to be significantly higher in the treated area as compared to the control area. Above ground plant cover, mean plant height, and above ground biomass were also found to have increased after four years of restoration. The artificial grassland was found to have significantly increased in soil bulk density, pH value, soil nutrients, available nitrogen and phosphorous, microbial biomass, and soil enzyme activity. These results indicate the potential of artificial grassland to counter the harmful effects of climate change on the ecosystem. The documented increase in observed soil moisture could likely contribute to increasing water security in the area.

While not reported, the restoration likely increased fodder availability and quality for local peoples.

The project is governed and implemented by the team of researchers and the central and provincial governments.

This intervention and the study of it were funded by the National Natural Science Foundation of China.

Extensive monitoring of the restored sites took place, with researchers collecting data on a vast amount of core metrics. 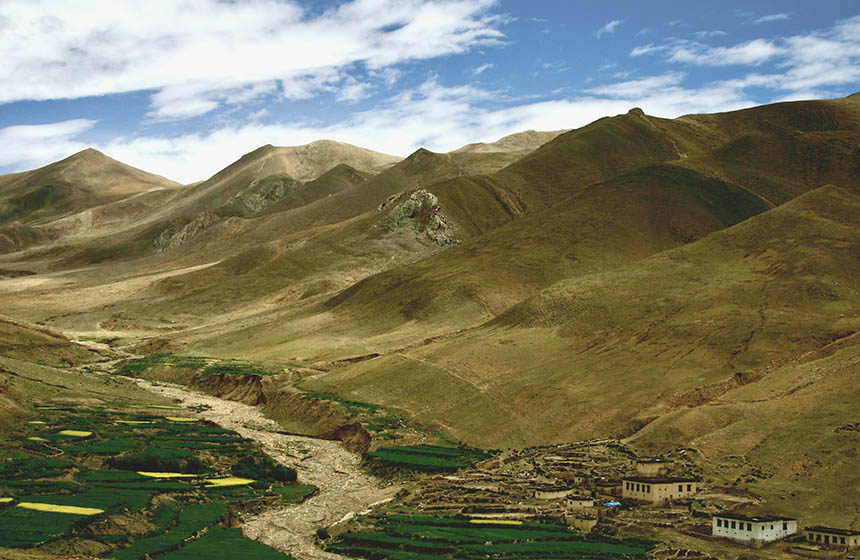