The Union of Agricultural Work Committees (UAWC) is an organization that works with Palestinian farmers in the West Bank and Gaza Strip to help them achieve agricultural sovereignty through the creation of seed banks and implementation of sustainable agriculture practices.

The UAWC facilitates access to locally adapted seed varieties and other germplasm through the construction of seed banks and fruit tree nurseries. Other activities include reclaiming degraded land, rehabilitating pasture land, training and supporting farmers in using organic agriculture techniques, and assisting with integrated water management including supporting the sustainable harvesting of rainwater and the installation of greywater treatment systems.

The UAWC supports 47 local agricultural committees and vulnerable farmers in a variety of ways. The organization also engages in lobbying and advocacy activities for the rights of Palestinian farmers in the face of ongoing conflict.

The creation of the National Local Seed bank has reportedly resulted in increased availability and accessibility to locally adapted seeds that can better respond to climate change induced stresses caused, which has been found to help increase the adaptive capacity of farmers. For example, in 2012, over 500 farmers received free seeds from the seed bank and 450 hectares were planted with these local varieties. Furthermore, the UAWC reportedly supports farmers in responding to increased water stress from climate change through a diversity of integrated water management strategies.


Agro-biodiversity has reportedly been better conserved in the region through the identification and protection of local seed varieties using seed banks and awareness campaigns. UAWC efforts reportedly rehabilitated 255 hectares of pasture land and reclaimed 283 hectares of land in 2014. According to project reports, sustainable and organic agricultural techniques promoted by the UAWC have reportedly reduced the use of pesticides which further improve local ecological outcomes.

The organization has supported famers in exercising their sovereignty through the use of local seed banks, reportedly reducing their dependency on purchased seeds and expensive agrochemicals from large agribusiness firms. Farmers receive training and capacity building in innovative practices in sustainable agriculture and biodiversity conservation, including the use of organic fertilizer and restoring degraded lands and watersheds. Moreover, the initiatives have reportedly improved the food security, food sovereignty and water security of local farmers, as well as their access to market through new roads, leading to reported improvements in income. According to a project report, over 30,000 families benefited from the UAWC’s activities in 2014.

The UAWC is governed in combination between the general assembly, board of directors, administrative assembly, and executive management team. Members of these bodies come from diverse backgrounds and experiences, and receive further support from the projects almost 100 employees.

The project has received outside funding from the UNDP.

The UAWC has a detailed monitoring and evaluation scheme, where they go to project sites and work with local farmers to discern the impacts of different interventions.

The military occupation has led to challenging limitations for how the project can be implemented and funded. 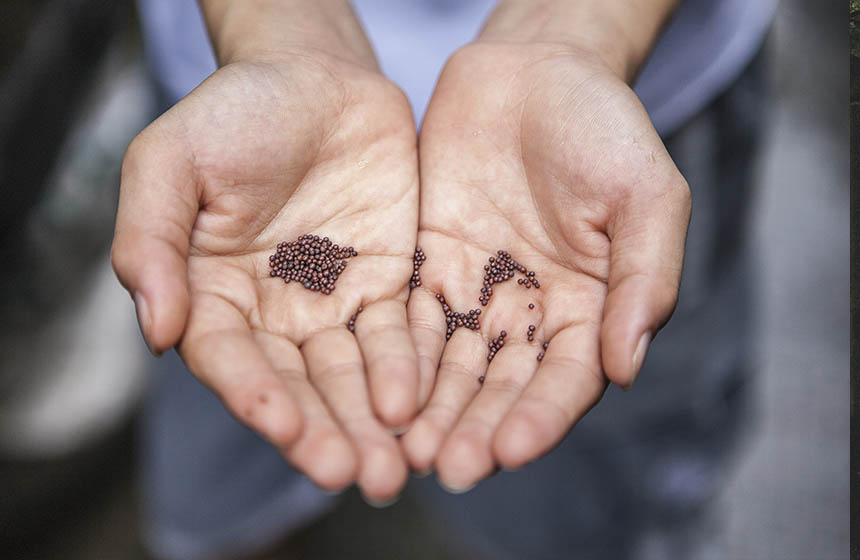