Push-pull biological control involves using certain plants to both attract and repel pests, in this case helping to increase yields of maize crops while reducing the need for harmful pesticides.

The ‘push-pull’ system has been widely implemented in Kenya to reduce loss of maize to pests, leading to increase in yields and net income, and a concurrent reduction in the incidence of poverty. The system works by incorporating different native grasses and legume fodder species into the agro-ecosystem, alongside the maize, in order to simultaneously deter and distract pests to reduce pest damage on maize. Napier grass (Pennisetum purpureum) or Sudan grass (Sorghum vulgare) are planted around the border of the field and attract the stem-borer moth pests away from the maize crop, acting as a ‘pull’. In tandem, desmodiums (Desmodium uncinatum and Desmodium intortum ) are planted within the maize crop between the rows and release natural volatile chemicals that repel the pests, acting as the ‘push’. In addition to providing insect control, the push and pull plants can be fed to livestock. Moreover, desmodium is a legume and so fixes nitrogen from the air, increasing the nitrate content of the soil. Furthermore, it also releases chemicals from its roots which prevent germination of the parasitic striga weed. Molasses grass (Melinis minutiflora) is also used as a “push” plant as it is key habitat to support large populations of parasitoid wasps which hunt the stem boring pests.

Changes in the climate drive shifts in the distribution and numbers of insects, plants and pathogens that are pests for agriculture. This paired with the effect of climatic patterns on crops means that regions such as western Kenya are at higher risk for crop damage and loss. This push-pull system falls under the umbrella of companion planting, one of several agro-ecological techniques that harness nature to reduce external inputs and improve agricultural production. The additional biomass provided can also help improve the amount of organic matter and moisture held within the soil.

This system supports an increased biomass on the same land area likely leading to an increase in carbon captured per area (1). Through the “pushing” of pests away from the crops it leads to the agricultural target species also yielding higher levels of biomass (3)

As climate change leads to higher levels of unpredictability regarding crop-pest interactions; the implementation of a push-pull pest prevention systems can provide further biotic safeguards in response to climate instability (2) Climate-smart push pull systems have also been developed for arid and semi-arid landscapes for the planting of push-pull combinations which are more drought tolerant (3).


The adoption of the push-pull system tends to result in lower pesticide use, which has been shown to have positive outcomes for ecosystem health and biodiversity in the areas where pesticides would have been used (5). The addition of further push-pull plants such as Molasses grass (Melinis minutiflora) supports the increased species diversity and density of parasitoid wasps within the fields facilitating increased mortality in the pest species and increased species diversity (5). The increased soil moisture and organic matter produced through this multi-cropping strategy also support higher levels of species diversity and abundance in beneficial arthropods (3).

A study of the push-pull system employed across Western Kenya found that average yields of maize were 1573 kilograms per acre in the plots using the push-pull technique, compared with 930 kilograms per acre in those without, showcasing the potential for the system to lead to significantly higher yields (4). It also reported that the technique resulted in higher milk production from the cows which were fed the fodder, which the study attributed to the increased availability of higher quality fodder for the animals (5). The study concluded that the push-pull system results in higher productivity and average income increases of 38.6%, possibly translating into reduced poverty and increased household food security (4).

This program is governed through the help of the Kenyan government, and more specifically through the involvement of local extension offices which have a more direct relationship with the farmers (3). This means that local extension officers are key individuals in both conveying how the push-pull technique should be implemented and convincing local farmers to experiment with using the system (4). An app has also been developed in collaboration with the University of Leeds, Keele University and International Centre of Insect Physiology and Ecology to allow farmers to learn about push-pull pest control systems on their own and implement them in a grassroots fashion (6).

The majority of the monitoring, reporting, and verification is conducted by external researchers mainly from the Rothamsted Research Station (UK) and the International Center of Insect Physiology and Ecology (ICIPE) (5). This has led to routine field experiments being conducted with controls and evaluations of different elements of the push-pull process (3).

It is important to note that, counterintuitively, the push-pull system also requires more labour and in some studies there were increased fertilizer inputs (4). These higher initial labour costs can become a barrier for some farmers, but increased yields mean that the push-pull farm plots can create revenues that yield a more beneficial cost-benefit analysis (5). The project’s reliance on local extension officers for implementation in many cases means that the trust the community has in the knowledge of the extension office also has a direct impact on their perception of adopting the push-pull technique (4). 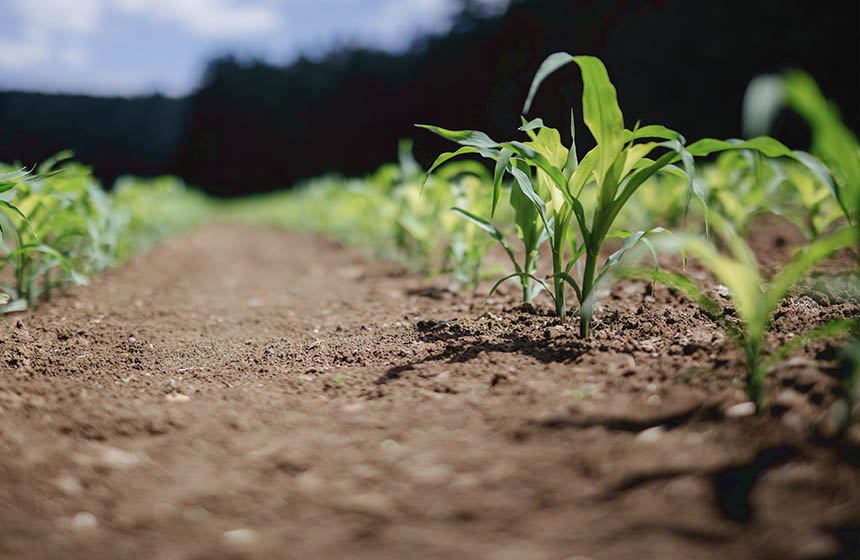