Peatland restoration to protect water supplies in the Garron Plateau

Activities to restore the Garron Plateau containing the largest area of peat bog in Northern Ireland began in 2010 after 95% of the bog had been degraded.

In 2010, the Royal Society for the Protection of Birds, Northern Ireland Water and the Northern Ireland Environment Agency worked together to restore the bog through activities such as building thousands of small timber, peat and stone dams to block drains and ditches and negotiating agreements with local farmers to reduce the pressures from livestock grazing. As of 2016, 28% of the site had been restored to a favorable condition, and a further 27% was considered to be in a recovering condition, while the rest was still deemed degraded and in unfavorable condition, according to project reports. Restoration efforts are continuing and the initiative has an objective of having the entirety of the site returned to a favorable condition by 2045. The predicted value of the total benefits of the project is estimated to be £37 million by 2045, with the most value attributable to increased climate mitigation capacity complemented by increased quality water provisioning and ecological resilience of the area.

The peatland area of the Garron Plateau feeds into the Dungonnell Reservoir, which supplies water to 12,000 people and is a globally important Ramsar wetland site. However, as the area became almost completely degraded, the quality the water supplied decreased markedly, elevating the costs of water treatment.

While peatlands are known to store immense amounts of carbon, deep peat habitats naturally emit carbon annually, where near-natural bogs are estimated to emit 0.1 tCO2e/ha/yr. Shallow peat habitats, however, are able to sequester carbon, and thus the restoration of the Garron Plateau is expected to lead to a net sequestering of carbon by 2045, combined with the lowered emissions from the restored deep peat areas. Degraded bogs and woodlands planted on bogs emit much higher levels of carbon, estimated at 4.85 tCO2e/ha/yr and 9.91 tCO2e/ha/yr typically emitted, respectively. The Garron Pleateu area is estimated to store an overall amount of 8.14 million tonnes of carbon, or 1509 tonnes per hectare. In 2010, the entire area was emitting 16,772 tCO2e/yr (3.11 tCO2e/ha/yr), an enormous amount, while in 2016, these emissions were reportedly calculated to have decreased to a total of 6,738 tCO2e/yr (1.25 tCO2e/ha/yr) as a result of the restoration efforts. By 2045, after full restoration, the area is estimated to sequester 1,146 tCO2e/yr, going from a net emitting to a net sequestering landscape, an overall change of 17,918 tCO2e/yr compared to 2010, for an estimated monetary value of £1,386,978.

According to project reports, the restoration of a portion of the peatland between 2010 and 2016 increased the quality of ecosystem services provisioning, notably freshwater supply, which reportedly experienced a decrease in discoloration, turbidity (cloudiness) and dissolved organic carbon, lowering water treatment costs. It is predicted that by 2045, the project will achieve a 27% improvement in flood mitigation capacity (a 6.3% improvement across the catchment). Furthermore, the study has estimated a reduction of £55,953 per year in average annual damage costs, as well as a reduction range of £4,158 – £17,325 per year in water treatment costs.


The re-wetted bog is expected to have more ecological resilience, with the restored habitat likely providing benefits to the diverse flora and fauna, including critically endangered species of moorland birds such as the hen harrier, merlin and curlew and rare plants such as the marsh saxifrage and bog orchid.

The peatland restoration lead to key increases in water quality which helped lower the cost of water treatment for surrounding communities.

The project was the result of a collaboration between the Northern Ireland Environment Agency, Northern Ireland Water and the RSPB to create an initial catchment management plan. They worked to negotiate with local farmers to reduce grazing pressures on the targeted area. Since then the two have worked together to administer the peatland restoration project.

Initial funding for this project was provided by the EU’s INTERREG VA Programme, managed by the Special EU Programmes Body (SEUPB), with match-funding supplied by the Department of Agriculture, Environment and Rural Affairs in Northern Ireland and the Department of Housing, Local Government and Heritage.

This area is designated as a Ramsar site which has allowed for expanded monitoring and evaluation on the site location to take place. 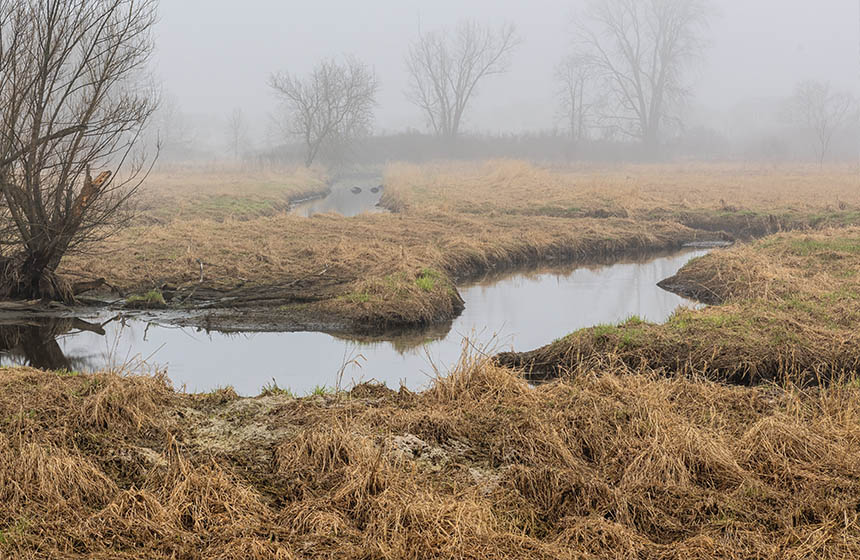