Local communities in the Nor Yauyos-Cochas Landscape Reserve who maintain traditional ways of living in harmony with nature, have engaged with the Mountain Ecosystems-based Adaptation program implemented by the UNDP and IUCN to better manage grasslands and local watersheds.

The Mountain Ecosystem-based Adaptation program (EbA) is an initiative led by the United Nations Development Programme and the International Union for Conservation of Nature. The objective of the project is to reduce the vulnerability of mountain ecosystems in the Nor Yauyos-Cochas Landscape Reserve to climate change. The EbA program focused on three communities in particular: Canchayllo (900 inhabitants; 7,650 hectares), Miraflores (250 inhabitants; 13,031 hectares), and Tanta (600 inhabitants). As part of the EbA program, community members have introduced approaches to communal management of native grasslands, with a particular emphasis on the management of vicuñas, a wild relative of the llama. The expansion and conservation of wetlands and restoration of water channels and reservoirs to support micro-watersheds was another major tenet of the project. For example, a natural water reservoir dam was restored to reduce water filtration and ensure adequate water supply during the dry season. Furthermore, in Miraflores, a 5-hectare protection zone was enlarged encircling an upper micro-watershed, limiting cattle entry into the area.

The Nor Yauyos-Cochas Landscape Reserve is an area of extremely high conservation value in the high Andean region. The main livelihood for all communities is either livestock or cattle farming although they also practice small-scale cultivated agriculture. Local communities maintain ancestral ways of living in harmony with nature. The interventions have all focused on participatory and community-based management which has improved social cohesion and reduced conflict over resources among community members.

This project is governed by the Ministry of Environment and is implemented in the Nor Yauyos-Cochas Landscape Reserve, with support from the National Service for Protected Natural Areas.

This project was financed by the German Federal Ministry for the Environment, Nature Conservation and Nuclear Safety 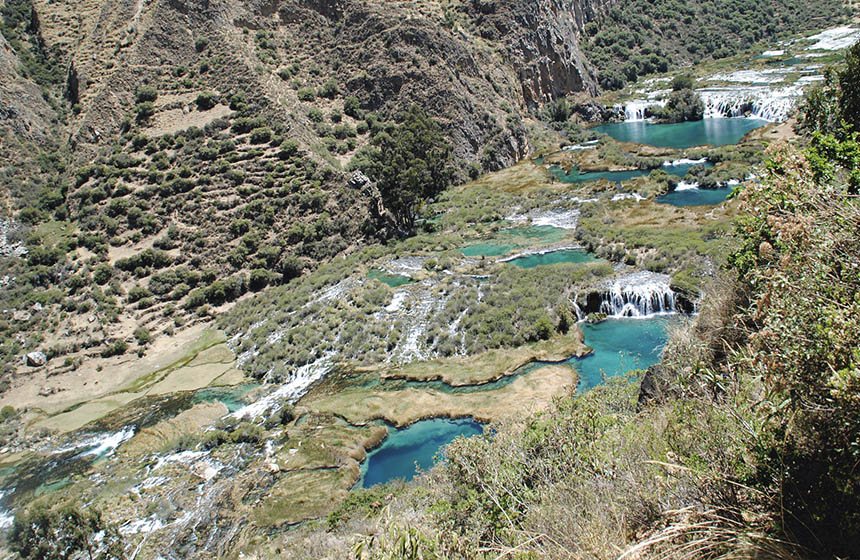