Morocco Béni Boufrah area in the Al Hoceima province of North Morocco
Aiming to serve as an example of more participatory ecological restoration in semiarid areas of North Africa, this initiative involved scientists, managers, and local stakeholders in every part of a project aiming to restore an area of Tetraclinis articulata forest in Morocco.
Semiarid regions of North Africa face frequent challenges of land degradation resulting from both human- and climate change-induced pressures. Simultaneously, efforts to achieve the ecological restoration of previously degraded land has had minimal success as they are often conducted in an often non-participatory and top-down manner. Therefore, a group of researchers launched a Participatory Ecological Restoration project in the Béni Boufrah Forests. The approach was based on knowledge sharing, trust, and active stakeholder participation with scientists, managers, and local stakeholders involved in and guiding every step of the process from planning to outcome monitoring. This participatory process was applied to all steps of the restoration initiative including the identification of restoration priorities, assessment of land-use options, definition of the restoration procedure, participatory plantation, evaluation, surveillance, and monitoring. Specifically, the restoration efforts were conducted on a one-hectare area of land where 250 plants were planted by 90 participants (57 men and 33 women). The area is primarily Tetraclinis articulata forest. As such, a stakeholder workshop concluded that the planting of Tetraclinis and other similar wood species would be most appropriate. Ultimately, seedling availability restricted replanting efforts to Tetraclinis and Pistacia lentiscus.

Community members reported a wide range of ecosystem services provided by the restored forest area, including services linked to the most critical local problems of erosion and flooding.


Fourteen out of fifteen total survey respondents reported integrity of the restored plot and recovery of native vegetation as the most relevant indicators of success. Recent monitoring has shown an increase in cover and composition of spontaneous vegetation. Seedling survival rate 18 months after planting was 60% for Tetraclinis and 90% for Pistacia.

A post-intervention report emphasised that the signature of an agreement between stakeholder groups was reported to represent their will to overcome disagreements, to trust each other, and to work together for the purpose of conserving and restoring local natural resources. The active involvement of women was reportedly sought throughout each step of the project, although many women faced restrictions as a result of their responsibility for housework and family care. 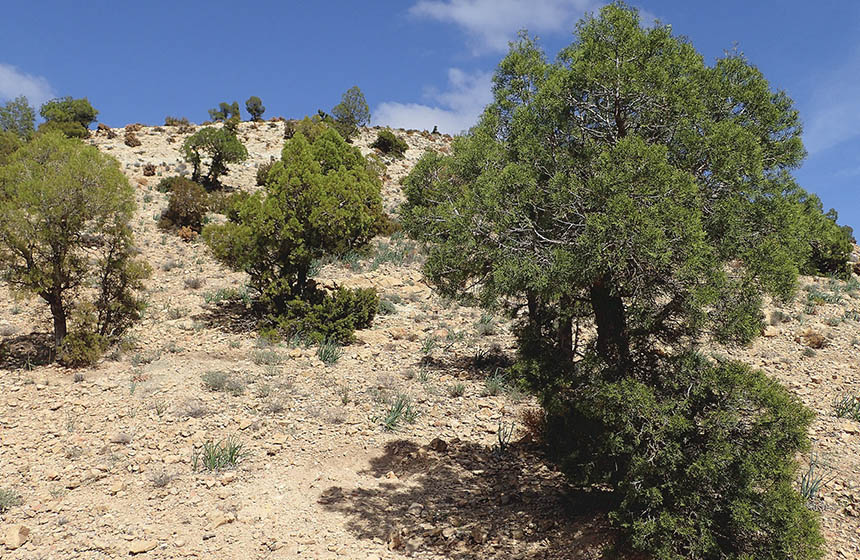