Silvo-arable agroforestry, the practice of planting trees between crops, has been largely successful on the 125 hectare Whitehall Farm, reportedly reducing soil erosion and increasing agro-biodiversity. Agro-ecology principles have also been embraced to attract wildlife including pollinators and pest predators.

In 2009, Stephen and Lynn Briggs started planting rows of apple trees 27 metres apart, leaving enough space for farm machinery to cultivate cereals in the alleys between them. The apple trees are intended to provide several benefits to the farming system including improved soil quality and greater resilience through crop diversity. Furthermore, the direction of the planted tree rows allows for optimised sun exposure during the day for all crops, extending harvesting possibilities throughout the year. Agro-ecology principles were also adopted throughout the farm including leaving 15% of the area as habitat for pollinators and pest predators. Wildflower strips beneath trees attract pollinators and grassy flower-rich buffers around the fields protect the soil from being washed into watercourses. Ditches dug are deliberately left unkempt to provide habitat for wildlife. Seed mix strips are sown to feed farmland birds.

Soils at Whitehall Farm are particularly susceptible to wind erosion, a challenge that was exacerbated by the destabilised quality of the soil prior to the introduction of agroforestry principles. The tenants managed to secure a 15 year tenancy as opposed to the traditional 3-4 year tenancy to allow significant time for their agroforestry investments and efforts on the 125 hectare plot to succeed.

Diversified crop production and tree cover has reportedly reduced soil erosion and helped protect the farm from extreme weather risks. The sale of apples and apple juice and a recently opened farm shop have served to diversify the farm’s income stream, an important buffer should the principal cereal crop be affected by adverse weather.


Agro-ecology techniques have been reported to increase some measures of biodiversity on the farm. For example, anecdotal evidence indicates higher numbers of reed buntings, little owls, and barn owls as a result of the interventions

A farm shop and café have created additional income sources for the farm owners. The farm is also used as a demonstration and education site, to encourage others to adopt agroforestry methods and teach interested visitors about sustainable agroforestry.

This project is governed by the farm owners with collaboration from the landowners allowing for extended leases to develop the agroforestry farming approach.

Financing for the project was provided by the farmers implementing the agroforestry scheme on the basis of future income generation.

A baseline botanical and bird survey was conducted on the property before the implementation of the intervention. Since then continued monitoring has occurred through the RSPB with a particular focus on farmland birds.

The land-tenure system associated with farming in the United Kingdom disincentivizes the implementation of long-term agricultural projects such as agroforestry. While the farm has secured a 15-year lease, longer term leases would allow for the farmers involved to plan with more stability. 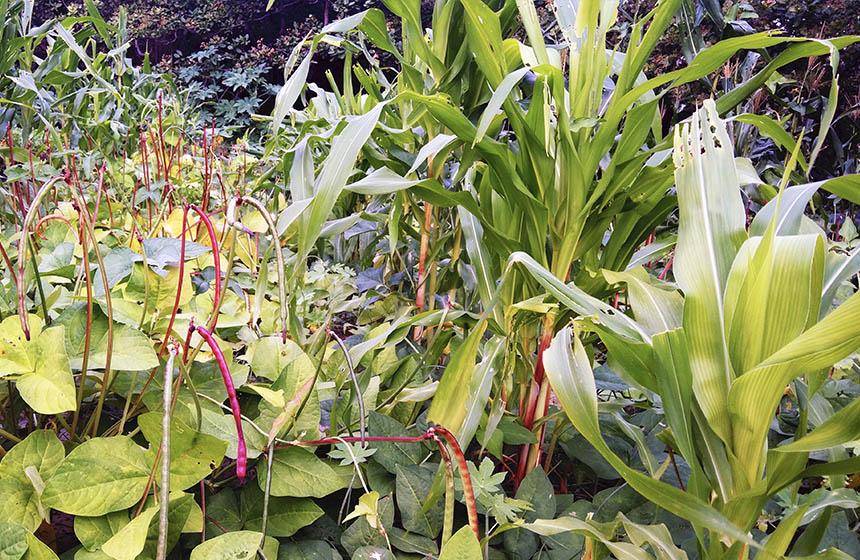