Mangrove protection in the Indus Delta

Pakistan Several communities in Indus Delta of the Sindh Province

The WFF (World Wildlife Fund)-Pakistan worked with community members to develop sustainable resource management strategies and encourage mangrove restoration and protection. The techniques implemented included fattening and sustainable harvesting of crabs and the replanting of ten hectares of mangroves per household across five participating villages.

Climate change pressures on inland and coastal ecosystems are jeopardising the stability of the Indus Delta. Erratic rainfall and severe drought have reduced freshwater inflows while sea-level rise and the increased incidence of cyclones and storms have led to higher rates of erosion. These pressures have resulted in the reduced fertility of land in and around the delta and a high degree of waterlogged and hyper-saline soil. These challenges have not only reduced water availability for coastal communities, but also compound the climate change pressures they face as coastal residents. Mangrove forests in the area provide critical protection from coastal pressures but have unfortunately been significantly degraded and deforested. Prior to the start of the project, approximately 60% of the mangrove cover had been lost over the course of a few decades and half of mangrove species had disappeared.

Mangrove forest cover in the Indus Delta is reported to have increased from 86,000 to 139,000 hectares in the course of two decades. Although not quantified, given the well-documented carbon storage capacity of mangrove ecosystems, it is predicted that this project will contribute to climate change mitigation at a small scale.

The restored mangrove forests are predicted to provide important adaptation benefits to communities and local ecosystems including improved storm and flooding protection.

The reported increased presence of a variety of marine species has reduced pressure on fish stocks and created more income streams for local communities. Monitoring has found that income generation has increased 30% since 2007 for local communities. Anecdotal evidence reports that 10% of fishers are now debt-free, freeing up income to invest in health and sanitation improvements.

The programme is co-governed by local communities and WWF-Pakistan to work toward sustainable resource use and mangrove restoration.

The project had a diverse set of funders with the main facilitator being WWF-Pakistan. The received external funding and support from the Royal Embassy of Netherlands, European Union, the Engro Foundation, the Southern Sui Gas Company and others. 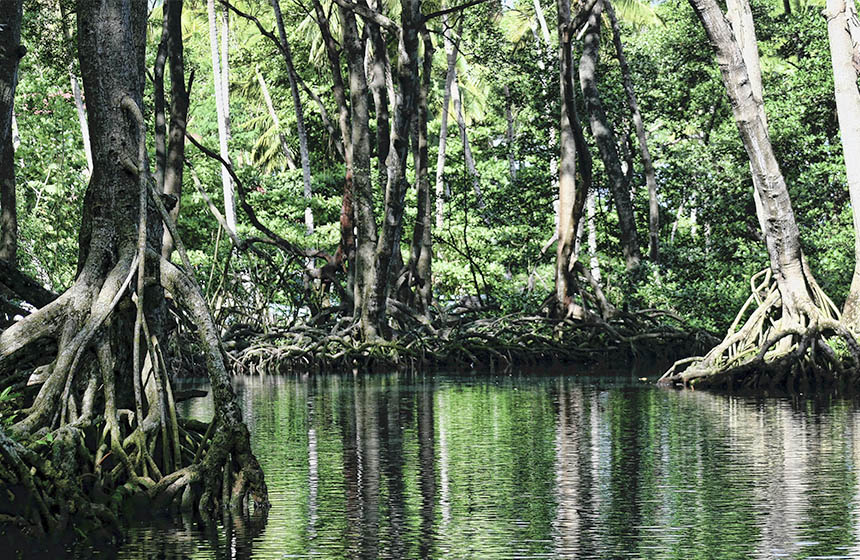