First established in 1985 and subsequently taken over by a women-led conservation group in 1998, the Community Baboon Sanctuary Women’s Conservation Group (CBSWCG) supports the conservation of the black howler monkey, locally referred to as baboon, in the Community Baboon Sanctuary (CBS) covering 3,315 hectares of the Belize River Valley. The primary objectives of the group include the protection of howler monkey populations, the maintenance of biological corridor integrity and the sustainable use of wildlife resources in the region. Reduction of deforestation has reportedly resulted in positive climate change mitigation outcomes as well as disaster risk reductions, contributed to the recovery of other wildlife species populations, and provided numerous socioeconomic benefits.

The sanctuary is largely made up of private land and the initiative depends on the participation of landowners making voluntary conservation pledges and following community-designed adaptive management plans.

As a result of the initiative, over 3,000 hectares are reportedly under conservation, with landowners making and renewing conservation pledges and sustainable land management plans in partnership with the organization. The increased forest cover and reduction of deforestation has reportedly converted the area from a carbon source to a carbon sink, according to project documents.

While not directly reported, it is probable that the initiative has contributed climate change adaptation and disaster risk reduction through the stabilization of riverbank erosion, the mitigation of high winds during tropical storms, and training of local people in wildfire management, as discussed in the project report.


The successful protection of the sanctuary and maintenance of landscape habitat corridor integrity has reportedly led not only to an increase in the baboon population from 800 in 1985 to 3,500 in 2017, but also to the recovery of vulnerable populations of jaguar, ocelot, margay, puma and over 200 species of birds.

The group has distributed micro-grants and supported sustainable development projects for local community members. Moreover, the CBSWCG organizes the biennial Bel-Riv Commerce and Eco-Tourism Expo, offering educational activities for students and economic opportunities for selling local handicrafts, while also offering scholarships, running an education center and hosting an environmental summer camp. The CBSWCG is entirely run by women from seven different communities and offers programs and services for women in these communities, reportedly supporting the goal of gender equality.

The the Community Baboon Sanctuary Women’s Conservation Group governs the project with the assistance of the Ministries of Fisheries, Forestry, Agriculture. Together they work with local landowners in the governance of critical howler monkey habitat.

The project has received funding from the UNDP and the Protected Areas Conservation Trust (PACT).

Government ministries help the CBSWCG build monitoring capabilities and capacity, with a special interest in monitoring the howler monkey populations. 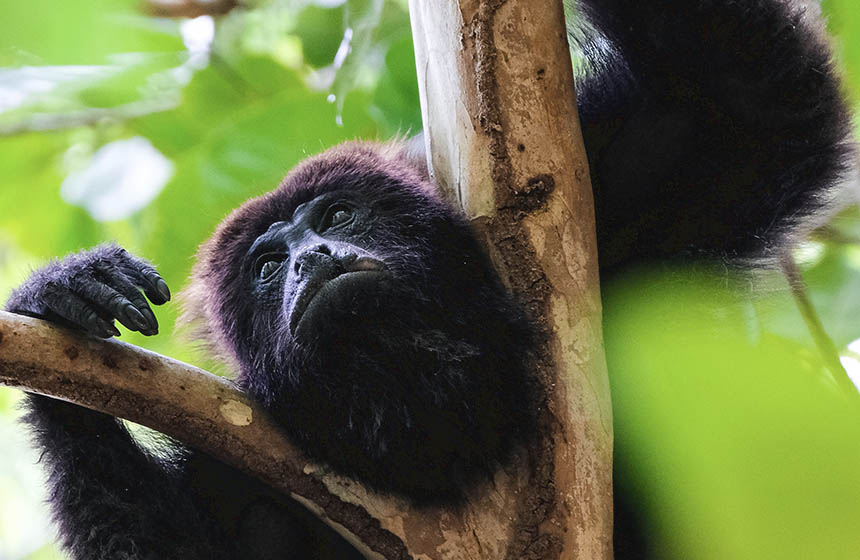