Flood recovery and mangrove reforestation in the Limpopo River Estuary

Starting in 2008, 58 community members began restoring the channels that had previously connected the mangroves with the tides. Two years later, a mangrove nursery was created, which has to date produced 168,367 seedlings of six different mangrove varieties, and 200 community members have begun replanting. Seedlings have survived at a rate of 74% after community monitors responded to the threat of grazing crabs by covering seedlings with reeds. Seeing the benefits of the restored mangrove for agriculture, wildlife, and flood protection (another incident of severe flooding occurred in 2013 with significantly less damage), community members ultimately imposed a ban on forest product extraction in the reforestation zone.

In 2000, heavy rains caused devastating flooding of the Limpopo River Estuary. The flooding left mangrove forests uprooted and vulnerable to dieback. Although the mangrove forests in the estuary had previously been weakened due to both human and environmental pressures, they still served an important ecological and economic role for the surrounding communities.

Although not quantified, the replanting of a previously weakened mangrove ecosystem will likely contribute to climate change mitigation on a small scale.


By 2013, 100 hectares of mangroves had been reforested with an observed seedling survival rate of 74%. A community leader reported that several species of fish that had previously disappeared from the estuary had since returned.

Communities have shifted from timber harvesting and cattle grazing to more sustainable livelihood practices such as crabbing, tilapia farming, and mangrove honey production. Areas sheltered by restored mangroves have reportedly rendered fisheries more stable and profitable. Each community member participating in mangrove replanting was provided with a small remuneration. Ten permanent positions managing the mangrove nursery and monitoring reforestation progress have been created. The strengthened mangroves have reportedly reduced salt water intrusion on agricultural land increasing productivity and likely bolstering food security. Seeing as women are primarily responsible for subsistence farming in the area, they have since become much more active in the conservation and reforestation efforts.

The project is governed by the Centre for Sustainable
Development of the Coastal Zones which works with local community leaders and members to implement the project.

The project was initially funded by the Centre for Sustainable Development of the Coastal Zones which is a autonomous institution under the Ministry of Land, Environment and Rural Development focused on providing technical assistance.

Ten community members were paid to assist with management and monitoring of the site. Most of this monitoring focuses on the tidal channels and protecting seedlings from grazing pressure.

A large limitation for the project is sustainable financing. Current financial flows can be irregular which jeopardizes the stability of the project. 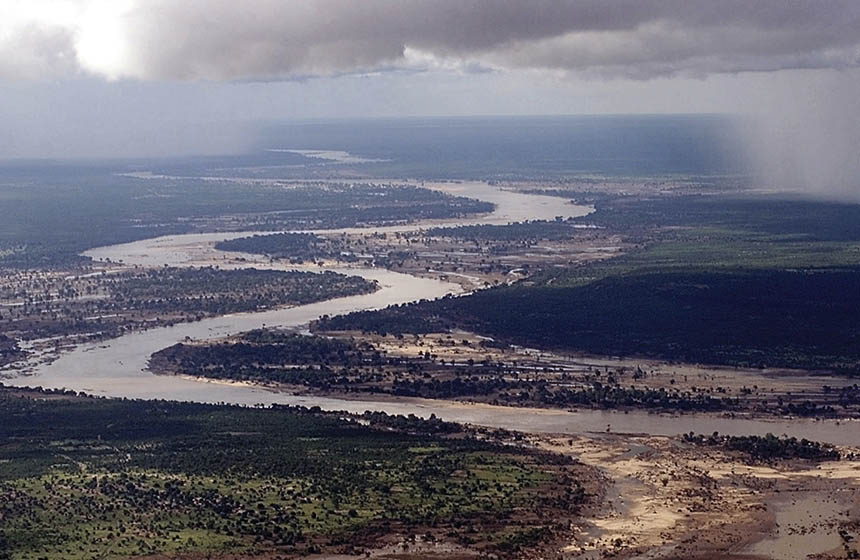