Community management and forestry in the Kangchenjunga Conservation Area

In 2006, the Kangchenjunga Conservation Area became the first community-managed conservation area in Nepal. Since this transfer from former national government management, local communities have engaged in community forest management, restored large parts of the area, and continuously monitor and work to respond to conservation needs.

In 2006, a historical handover of the Kangchenjunga Conservation Area (KCA)’s management responsibility to local community members made it the first protected area in the entire country to ever be managed by local community stewards. The overarching goals of the KCA are to conserve and protect biodiversity, improve the livelihoods of local communities, and advocate for and respond to conservation needs. The project created community forests as the principal forest management strategy. By 2017, 27 community forests had been created increasing the total forest cover of the KCA by 3,300 hectares. The community forests cover 72,000 hectares of land in total benefiting 1,257 households. Community managed nurseries have allowed for the distribution of over 185,000 seedlings of fruit trees, agro-forestry crops, fodder, timber, and non-timber forest products to community forests and private land in the KCA. Community members are provided with training on sustainable management of the forest including training in plant ecology and propagation techniques. Furthermore, herders were trained in improved pastureland management using techniques such as rotational grazing. Agricultural adaptation measures have also been embraced to increase crop resilience and promote integrated pest management. Forest based green enterprises focusing on non-timber forest products have boosted local incomes and provided training in techniques for value addition through natural resource processing.

The KCA lies within the Sacred Himalayan Landscape and is of incredible value in terms of biodiversity. The KCA was established in 1998 and was originally managed by the national government in collaboration with the World Wildlife Fund.

Pastureland quality has reportedly improved through the protection of water sources, increased water availability, and improved livestock management that has been found to help control disease transfer from livestock to wild ungulates. All participating 1,257 households reportedly benefited from the various implemented climate change adaptation efforts that increased their adaptive capacity and resilience in terms of food and agricultural production.


Over 158,000 seedlings of fruit trees, agro-forestry crops, fodder, timber, and non-timber forest products were distributed to community forests and private lands. Forest cover had reportedly increased by 3,300 hectares between 2006 and 2017. Periodic surveys of blue sheep (Pseudois nayaur) saw a population increase of 40% from 1,167 individuals in 2007 to 1,638 individuals in 2015. Monitoring revealed that the local snow leopard (Panthera uncia) population had increased by 28% between 2009 and 2013.

The project has reportedly helped local communities take advantage of benefits from forest resources through an improved capacity to navigate market forces and to manage natural resources sustainably. Project reports state that local communities have gained an improved understanding of their rights and responsibilities as land stewards. The project claims to have specifically empowered women, the poor, vulnerable, and excluded communities through training and orientation programs. Independent assessments have found that women and mother groups actively participate in various conservation and development initiatives, and are actively advocating against gender-based violence and for conflict resolution through dispute mediation. KCA communities have reported improved livelihoods largely due to the creation of NTFP-based “green” enterprises and a growing revenue stream from nature-based tourism. Conservation and replanting efforts reportedly increased the availability of medicinal plants.

In 2006 the government of Nepal handed over control of KCA to the local communities, creating the ﬁrst protected area to be under the management of local community stewards.

Original funding for the project came from the World Wildlife Fund and the Government of Nepal before the local communities began sustainably managing it. An endowment fund was then created to help the community finance projects.

Community members also conduct and participate in wildlife monitoring in the protected area including tracking snow leopards and blue sheep. A community based red panda monitoring program was also created as they are a key species for ecotourism. 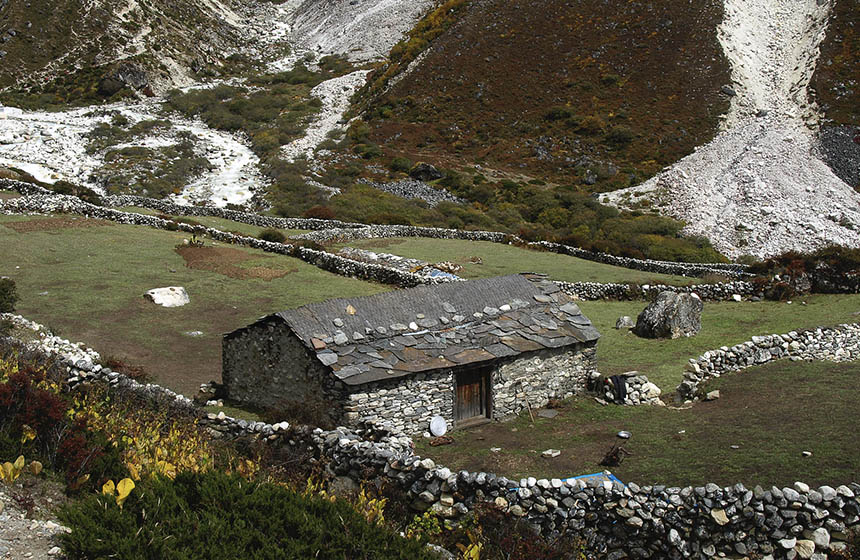