Community forests in Nepal are being complimented by REDD+ pilot projects, which have reportedly increased carbon stocks in the forests and provided livelihood benefits to local people.

In 2010, a United Nations Reduced Emissions through Deforestation and forest Degradation (REDD+) pilot project began in Nepal, aiming to provide incentives for increasing and maintaining the carbon stocks in these community forests. A study of 105 of these community forests, covering a broad range of forest types and ethnically diverse communities, under the pilot scheme between 2010 and 2013 found that the project had been broadly successful for both increasing carbon sequestration and providing social benefits. The initiative involved encouraging reduced extraction of forest resources, such as by providing improved cooking stoves and biogas plants to reduce the need for firewood collection, raising awareness about sustainable harvesting, guarding to control illegal harvesting, better controlling damage due to forest fires, and creating alternative sources of income. The latter involved, for example, the provision of goats and buffalo to disadvantaged members of communities. In addition, creation of plantations on uncultivated land or sparse forest was encouraged.

For decades, local people have engaged in the sustainable management of community forests across Nepal, depending on them for wild food, fuel and fodder for livestock. Overall the REDD+ activities were found to provide both climate mitigation and adaptation benefits, where carbon stocks increased in most cases. The REDD+ project was reported to provide social benefits, through increasing communication and cooperation between communities and organizations. Interviews of community members showed that this resulted in increased confidence in the resilience of the communities to climate change.

Carbon stocks in the majority of the plots reportedly increased between 2010 and 2013 after the implementation of the REDD+ project in the community forests. Carbon stocks were found to increase by 5.1 MgC/ha/yr on average, ranging from 1.9 MgC/ha/yr to 8.0 MgC/ha/yr. However, some plots in the study were found to markedly decrease in their carbon stocks over this time period, thus resulting in mixed outcomes for climate mitigation, reportedly due to illegal harvesting, logging and road building from outside actors, according to local people’s perspective.

A qualitative assessment from interviews of community members yielded perceived improvements related to access to non-timber forest products such as wild food, medicine and forage for livestock, as well as fuel wood. In adverse climatic conditions that affect local agricultural production, which are being exacerbated by climate change, the provisioning of wild food from the community forests is essential to the food security of the local communities. The study also qualitatively documented perceived improvements to the regulation of microclimates, overall reporting likely positive climate adaptation outcomes.

The study reported positive outcomes for local economies, including reported benefits of income from forest based cottage industries, the sale of non-timber forest products, the distribution of young goats and buffalo, and the distribution of improved cooking stoves, on behalf of the REDD+ program. The presence of the program also reportedly improved the local connections between organizations and provided a platform for collective action and enhanced coping and support for community members during adverse vulnerable situations.

The program is governed as a community forest, meaning that it is managed by the local community rather than a government entity. This leads to local community members governing as a collective to share the benefits provided by the forest.

Researchers have conducted carbon estimates for the community forest and conducted focus group discussions to evaluate the perceived impacts of the forestry program.

In order to maximize carbon capture incentives there is a risk that forest biodiversity will decreased if it is only managed for carbon stocks. 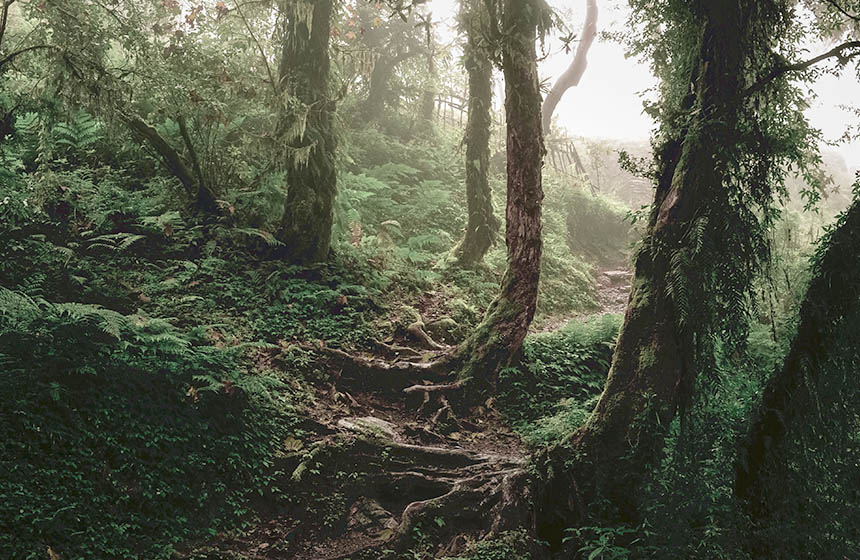