Community-based project for forest protection along the Caribbean Coast

Guatemala The Izabel region of Guatemala along the Caribbean coastline

This project focused on bringing together a collective of local land owners in order to protect 55,308 hectares of threatened tropical rainforest. The long term goal of the project is to eventually bring 128,448 hectares under protections. Through conserving this forest it has helped remove 6 million tonnes of CO2 emissions from the atmosphere. The project also has a focus on supporting local entrepreneurs, who through their endeavors have contributed €8.4 million to the local economy. They have supporting increasing the regional production of sustainable commodities such as cardamom pepper and lychee. The project has also helped provide legal support to the indigenous Q’eqchi’ people in order to get them land titles. As land owners they can then receive benefits from conservation incentive programs within the country. Overall this has allowed them to create a network of over 1,000 property owners that own approximately 700 forest parcels which combine to make the protected area.

The project is located in a region of Guatemala which has experienced some of the highest global deforestation rates recorded. These forests lie along the Mesoamerican Biological Corridor, which serves as a critical habitat pathway for migratory birds traveling central America. The area is also occupied by many indigenous Q’eqchi’ people who tend farms, but do not have recognized land rights within the government system. Large scale cattle ranches and palm oil plantations were displacing these farmers as well as destroying the forest in the region.


The project helps support increases in habitat quality, habitat connectivity, and above ground biomass. The intervention preserved the habitat of 30 threatened species, including the vulnerable West Indian manatee (Trichechus manatus). It also plays an important role in supporting bird migration in the Americas by preserving habitat connectivity along the Mesoamerican Biological Corridor.

The project supports investments in local entrepreneurship and by 2020 it had supported 487 entrepreneurs and local producers. Out of the 487, 24% of of them are women, with goals of continued outreach to women and indigenous communities. They have supported multiple types of livilihood activities such as ecotourism and the sustainable production of cardamom pepper and lychee. So far the project activities have contributed €8.4 million to the local economy,

The project is managed by the Foundation for Eco-development and Conservation (FUNDAECO). The charity works with the local Q’eqchi’ people to help with protection and implementation.

The projects is financed through the sale of carbon credits through the United Nation’s framework for Reducing Emissions from Deforestation and Forest Degradation in Developing Countries (REDD+) scheme. The profits from these credits are then reinvested into protecting more forest and supporting the local community.

Funds generated by the carbon credits go to pay for biological monitoring in the protected forests. 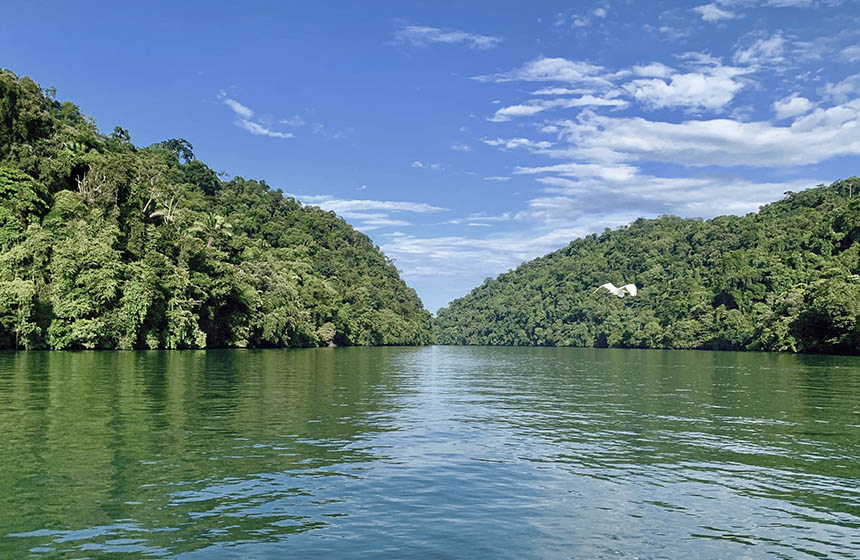