The Haor Basin exhibits a delicately balanced ecosystem whose stability is threatened by increased instances of flooding. An integrated community management programme is implementing revegetation and tree-planting with the support of community nurseries and working to conserve areas of high ecological, social, and economic value.

The International Union for Conservation of Nature has implemented the “Community Based Haor Management” project facilitated by the Bangladesh Ministry of Environment and funded by the United Nations Development Programme. The program aims to promote an integrated approach that includes habitat restoration, climate change adaptation, and social organisation and capacity building. Specific actions taken include the revegetation of weakened hillsides that encourage improved water retention in soils, the establishment of over 100 community nurseries to support reforestation efforts, and the excavation and demarcation of canals and other small water bodies as special conservation areas. A turtle hatchery was also established and has thus far released over 100 hatchlings. The initiatives are supported by capacity building, involvement, and training of local community members who are also taking advantage of available micro-credit programmes to fund other livelihood activities including duck rearing, establishing nurseries, and cultivating vegetable gardens.

The Haor Basin in Bangladesh is unique in that natural patterns of flooding create productive fisheries in the wet season and allow for rice harvesting in the dry season. This combination of ecosystem services is enabled by a delicately balanced ecosystem that is under threat from changing flooding patterns, over-fishing, and human manipulation of the landscape including tree-clearing. The basin is critical to local and national food security and disruptions to its functioning threaten the livelihoods of local communities as well as biodiversity in the area. The reforestation efforts using wetland species have led to the natural regeneration of grass and reed species including medicinal plants. The demarcation of conservation areas has enabled the improved protection of the globally endangered Palla’s Fishing Eagle, cormorants, bats, and snails.

Through the establishment of the management programme, villagers are reportedly better protected from highly erosive flood waters and critical food sources have been found to be better conserved. The efforts implemented have reportedly stabilised the land through the improved regulation of water flows and revegetation efforts.


Villagers have planted wetland tree species that have reportedly induced the natural regeneration of grass and reed species, including local medicinal plants. Villagers have reported the catch of bigger fish as well as the appearance of other species of fish, indicating positive effects on biodiversity.

Micro-credit programmes have been established within the community to fund alternative livelihood options. Community environment funds have also been used to boost the strength of alternative income sources for low-income women.

The project is governed through the Community Based Haor Management programme, which manages the cooperation between the government, the IUCN, and local communities.

This project was funded and facilitated by the IUCN, the Bangladesh Ministry of Environment and by the United Nations Development Programme.

Over Five hundred community members have been trained on livelihood security and sustainable haor resource management, which enables them to monitor their own lands to track the status of the project.

The project faces limitations as aspects of the management are transboundary in nature. The flash floods that the area faces are generated across the Indian border in the Meghalaya Hills. Therefore, greater transboundary cooperation is needed to fully address the issue. 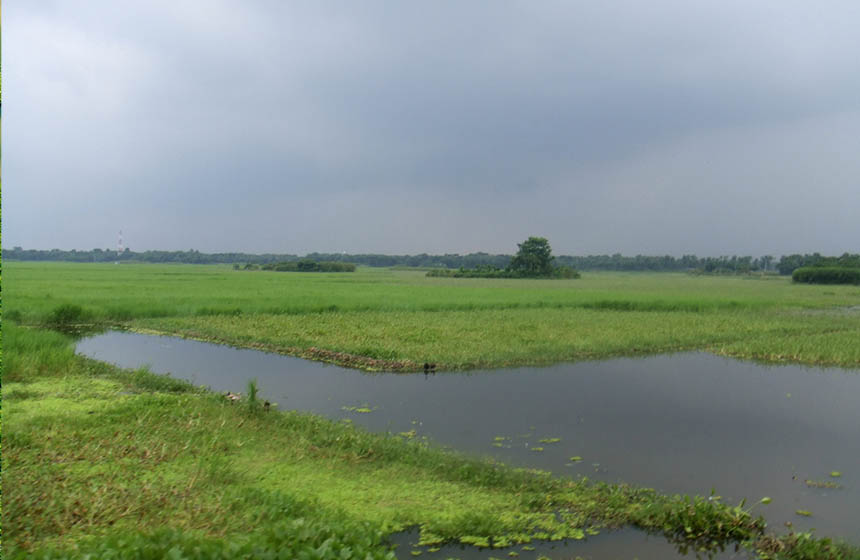