Traditional conservation combined with agroforestry and climate-smart agriculture were implemented to reduce pressure to overgraze, replenish water sources, and restore soil and land integrity in the Bale Eco-region.

Farm Africa is working with national and regional partners, supported by the European Union’s Supporting Horn of Africa Resilience (SHARE) initiative, to implement improved agroforestry, sustainable farming, livestock support, water access, and community grazing land management methods. More specifically, agroforestry and climate-smart agricultural techniques such as row planting, mulching, terracing, and diversified crop planting were introduced to reduce pressures to expand farmland. Agroforestry efforts made non-timber forest products like honey, bamboo, forest coffee, and oils available to help diversify local livelihoods. To support the well-being of local livestock, community animal health workers were employed, feed was improved, and ten nature-based ponds were introduced to improve water access and availability. A community grazing plan was also introduced to ensure proper communication about and sharing of grazing lands. These efforts were implemented starting in 2014, but built on the important work of Farm Africa in the region dating back to the 1990s.

The Bale Eco-region is susceptible to frequent droughts and erratic and unpredictable rainfall. Highland grazing areas are also being converted to agricultural land inducing overgrazing of grassland and forest resources worsening the effects of soil erosion, flooding, drought, and disrupting the hydrological cycle of the area.

Assessments report that deforestation in the area was reduced by 62%, high degrees of land-use conversion of forest and grassland areas were prevented, and weekly household fuel wood consumption (contributing to deforestation and emissions) was almost cut in half over a four year period.


500,000 hectares of forest are reported to have been brought under protective management. As a result, an increase in the density of trees taller than one meter in core forest areas from 64,115 to 76,939 trees per hectare has been observed. Although not measured, it is likely that the restoration and protection of the landscape benefits local ecosystems.

The project’s work with 1,406 households has reportedly increased net household income between two- and three-fold, dietary diversity by 33%, diversity of livelihoods overall, and crop and livestock productivity including through greater provision of animal healthcare. The project claims that these results have improved food and income security for participating households.

The Bale Mountains Eco-Region REDD+ Project is self-governing and builds off the previous work of the Bale Eco-Region Sustainable Management Programme. The organization has transparent governance policies and works to build local interest and capacity with the assistance of NGOs.

The project was funded by Farm Africa, the European Union’s Supporting Horn of Africa Resilience (SHARE) initiative and the Royal Norwegian Embassy.

The Woreda Coordination Committee, which is a government administration unit, monitors that status of the Bale Mountains Eco-Region REDD+ Project on a quarterly basis.

In this region the core trade-off present is that increases in forest protection of lead to decreases in food production. This project was designed with that in mind and supports many initiatives to combat this such as securing alternative income streams for local communities and agricultural intensification in specific areas. 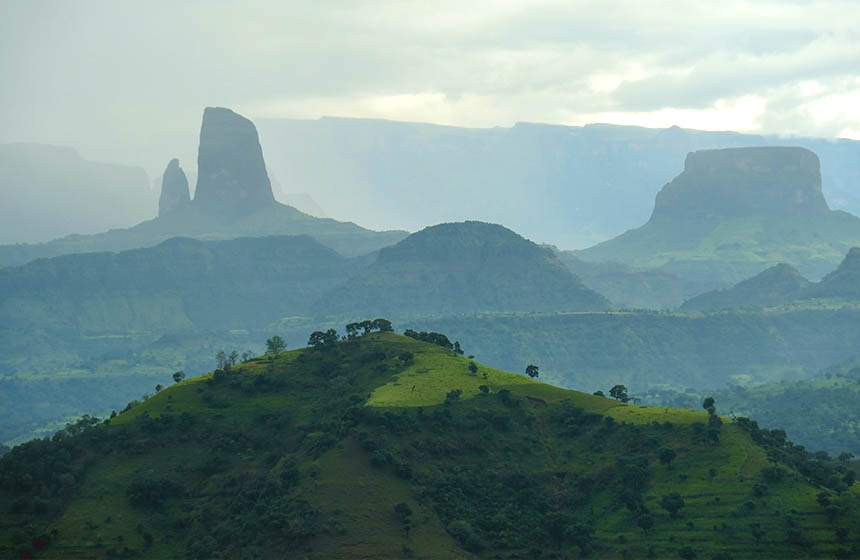