Australia Off the coast of eastern Tasmania

Two ‘no-take’ Marine Protected Areas (MPAs) off the coast of eastern Tasmania have been shown to conserve large-sized spiny lobsters (Jasus edwardsii) which are the most important predator of the long-spined sea urchin (Centrostephanus rodgersii) that is responsible for degrading kelp beds.

Two ‘no-take’ Marine Protected Areas (MPAs), the Maria Island Marine Reserve and the Crayfish Point Research Reserve, were established and assessed by academic researchers 12 and 31 years, respectively, after their creation for their influence on urchin populations. The academic study found that the MPAs had prevented fishing of lobsters, effectively keeping the sea urchin population under control and preventing sea kelp bed degradation to barren states.

Warmer waters caused by climate change have increased the range of the long-spined sea urchin, driving it into new areas with less predators, while the higher temperatures have also increased their reproductive potential, resulting in larger urchin populations. The high populations of urchins have begun to overgraze sea kelp beds in various locations along the coast of Tasmania, and some sites have experienced a dramatic phase-shift, whereby the ecosystems shift into an impoverished, barren and undesirable state that is difficult to reverse. These findings are an example of how multiple interacting factors of human influence – in this case climate change and lobster fishing – can have non-linear consequences for ecosystem resilience.

While climate change has led to increased sea urchin populations and ranges along the coast of Tasmania, the conservation of predator lobster populations in ‘no-take’ MPAs has reportedly mitigated these effects.


The MPAs have reportedly supported ecosystem health through maintaining the resilience of the system by conserving sufficiently high populations of lobster predators which keep the potentially-invasive sea urchin populations under control, preventing them from degrading the sea kelp beds.

While not reported, MPAs can help support increased local marine species populations which can then be used for income generation by local communities.

The MPAs are administered and managed by the Australian Government.

Research teams conducted detailed monitoring within the two MPAs to see the influences of their no-fishing zones. 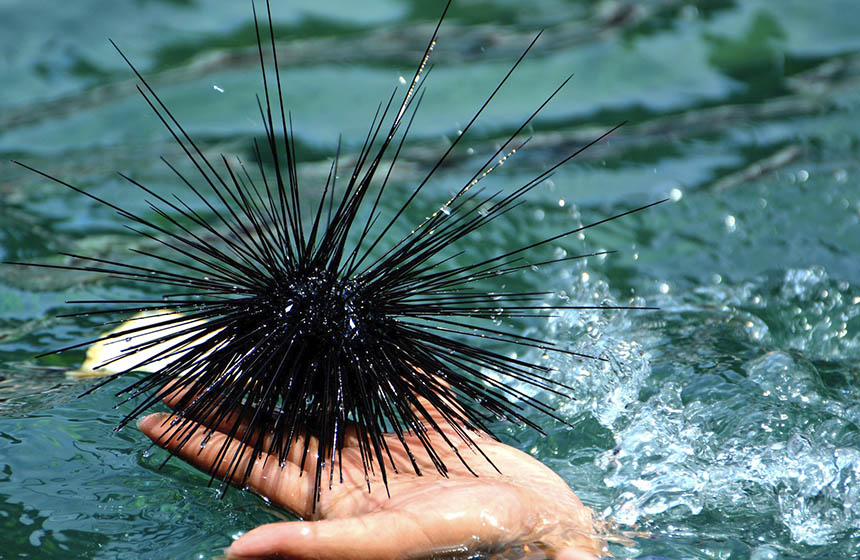