Australia Fish River in the Northern Territory of Australia

Controlled burning managed by indigenous firefighters has been used to reduce carbon emissions and protect from intense wildfires.

Managed fires were started to limit the dead and dry grasses within the savannas of the fire river region. These controlled burns worked as a method for reducing the risk of larger and more intense fires, but are also managed as a form of carbon offset. These managed low intensity fires, often called “cool burns”, release far less carbon and do far less damage than intense wildfires often referred to as “hot burns”. Through avoiding these high intensity fires with active management strategies, it reduces the risk faced by the local community and allows them to sell carbon credits for the avoided emissions which would have been generated by the more intense fires.

This program is built upon Indigenous science and the use of traditional pattern burning. Since the implementation of this technique it has drastically reduced the amount of high intensity late season fires which had increasingly threatened the savanna ecosystem. The area burnt by these destructive late season fires has been reduced from 35 percent pre-intervention, to less than three percent after its implementation.

The project helps avoid carbon emissions through the use of controlled burns. These burns occur at a lower intensity than a traditional wildlife, so they do not burn as much biomass and therefore release less CO2. They also help prevent higher intensity and uncontrolled fires which had released high levels of emissions in the region before the intervention.

The controlled burns also reduce the risk of wildfires within the region. These wildfires have become an increasing threat to local communities with effects of climate change, such as drought, increasing their intensity and frequency.


Through limiting the frequency of high intensity burns, the intervention helps support species densities and habitat quality. The savanna ecosystems at the site are important habitat for the masked owl(Tyto novaehollandiae), Gouldian finch(Erythrura gouldiae), and endangered northern quoll(Dasyurus hallucatus).

The fire management in the region supports Fish River’s significant natural and cultural heritage values and creates key training and employment opportunities for local Indigenous people. Through the sale of the carbon credits they can support these programs and further the development of local livelihoods.

The project is governed by the the Indigenous Land Corporation, who co-manages the property with the Traditional Owner groups. The initial project development also included input and collaboration with the North Australian Indigenous Land and Sea Management Alliance.

The Indigenous Land Corporation acquired the Fish River lands, a perpetual crown lease of 182,500ha in 2010, with the additional support of the Australian Government’s Caring for Our Country program, The Nature Conservancy and Pew Environment Group. Current funds to support livelihoods related to the project are generated through the sales of carbon credits earned through the avoided emissions generated by the project.

The Australian Government Clean Energy Regulator tracks the number of carbon credits generated by the site each year. Researchers have also studied changes in the burn regimes on the lands and calculated the impact of that on the carbon emitted from the area. 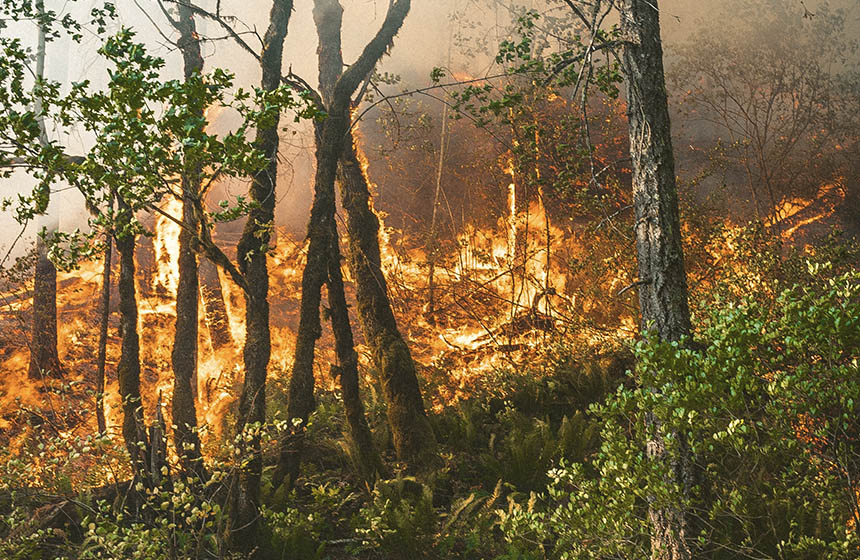