Community-based reforestation and forest management in Bhutan in the 1990s marked an important transition from national to local management of forest resources. Communities benefitting from and participating in reforestation efforts recognize the value of the forest’s ecosystem service provisioning role.

Forest plantations were established to restore degraded hillsides and improve the provisioning of ecosystem services to communities dependent on them. Five plantations established in the early 1990s comprised mainly of Bhutan cypress trees and later enriched with Quercus and Cryptomeria were assessed for their social and biophysical impacts. Forest management of these plantations is based on principles of sustained yield, ensuring that forest products are not harvested at the net expense of the ecosystem.

Although forest plantation programs had been initiated by civil authorities in Bhutan as early as the 1940s, the Department of Forests responded to a call for more community-based management and land restoration needs in the 1990s. More specifically, the Department moved from project-based reforestation efforts to community-based reforestation to transfer the authority and responsibility for forest management to local populations.

All five surveyed communities reported improved vegetative cover and soil protection. Two of five communities surveyed noted the reduced incidence of forest fires and greater soil erosion protection. All groups cited the improved provisioning of freshwater as the most important benefit of the plantations. These benefits will likely improve the adaptive capacity of the ecosystem and local communities to predicted climate change impacts.


Although the benefits to wildlife were not quantified, three of five communities surveyed reported improved habitat for wildlife.

Although not overwhelmingly cited by communities as benefits of the intervention, a few survey groups mentioned an improvement in the provisioning of timber, incense, mushrooms, and leaf litter as well as fodder for grazing cattle and yak.

The governance was transitioned from a top-down government based approach to a community forest management scheme.

The project had initial financial support from the government and then moved into a self-sustaining forestry model.

Data limitations still exist broadly for the region, requiring further studies to expand the success of the intervention. 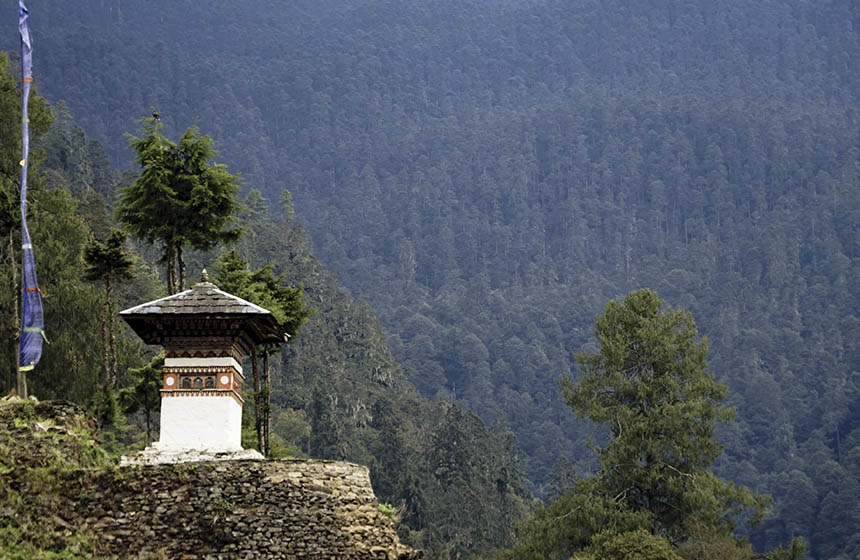